As we have reported in the past 2019 is set to be the biggest year yet for Blackpool Heritage Tram Tours with the largest number of operating days yet – including every weekend throughout the year plus on various weekdays. The early part of the season is set to be dominated by Box Car 40 which is being used most days before it departs for Beamish. One such day was on Sunday 10th February when it was joined by Balloon 717 on the two tram Promenade tour. John Hibbert captured the following photos. 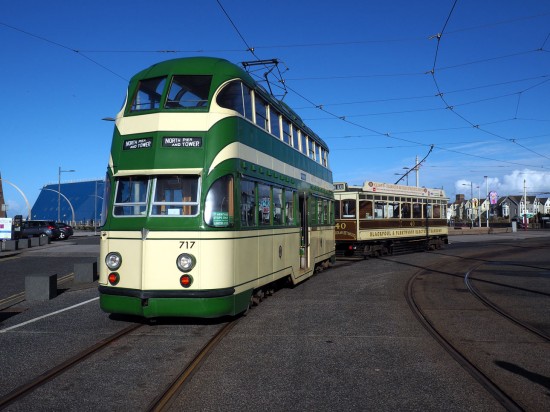 717 and 40 rest together at Pleasure Beach with the Balloon set to be the next departure for North Pier/Tower. 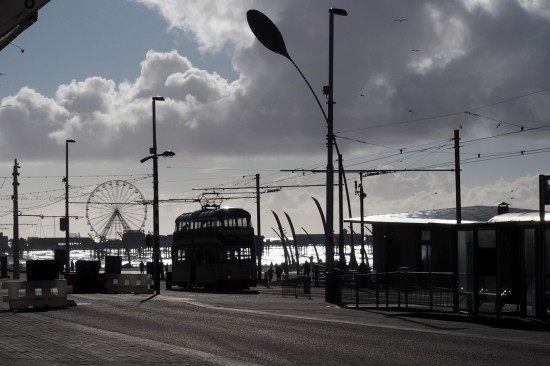 With the Promenade road closed due to the tramway extension works at Talbot Square uninterrupted views from the other side of the Promenade are able to be taken currently. This view shows 717 at North Pier/Tower. 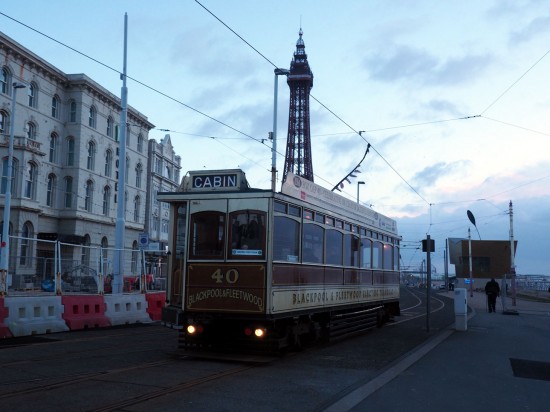 Dusk falls and 40 heads northbound away from North Pier/Tower with the last Cabin working of the day. (All Photographs by John Hibbert, 10th February 2019)

1 Response to In Pictures: Blackpool Heritage Tram Tours in action