January 26th & 27th saw the first Gold Weekend of the year in Blackpool, with an interesting and varied turnout of trams in action despite some rather challenging weather conditions, particularly on the Sunday when string winds battled the coast! Harold Hull was present for this event, including the Branch Line Society tour using Balloon 713 on Saturday 26th, and this is his account of the weekend.

Output on the Saturday was as folows:

The shop was 711 still with snowplough attached.

Balloon 713 was chartered by the Branch Line Society and after leaving Rigby Road depot reversed at the towerbefore entering Starr Gate depot via a non operational washer road before traversing roads 5 & 6 in the stabling depot and road 3 in the engineering side. A visit to the head shunt was follwed by another trip through the washer before heading back to Rigby Road. Engineering car 754 was attached to the unwired crossover at the south end  Foxall Crossover. Both trams entered Rigby Road separately and 754 was reattached to pull the tour tram along the wallside as far as possible along Blundell St before reversing around the triangle to the front of the depot.

At this stage 754 retired before the former Blackpool Transport heavy lift ERF unit was attached and propelled 713 through the bus yard to the Paint Shop doors and then back to the front of the depot where 713 then proceeded to North Pier for Lunch, where it was stabled on the passing loop behind the shop tram 711.

A ride to Fleetwood followed with a reversal at Ash Street and a return to Fleetwood meaning that both inner and outer loops were traversed. The centre roads at both Bispham and Thornton Gate being traversed en route to Fleetwood. Returning  south 713 entered Bispham loop from the rarely used  points at the south end of the southbound line. Round the outer loop at Pleasure Beach saw us follow 642 North. Disaster struck as 642 failed and was eventually pushed clear of Foxall points by 713 before 642 was propelled to depot by 711. A quick run to Little Bispham saw the tour terminate at rigby Road around 1930 hours

Sunday saw 70 MPH gales and Box 40 was rightly confined to depot and replaced by 713 (Route C).

715 was an early casualty of the wind and limped into Bispham before stabling at North Pier for the day. 680 deputised for the rest of the day. 700 also succumbed with a defective door and an able replacement was HMS Blackpool 736. This ran to Starr Gate bow first before sailing to Little Bispham stern first.Intercepted by the Inspector at Cabin 736 traversed the crossover to return bow first to Little Biapsham and around Pleasure Beach loop to head into Fleetwood before heading back to Pleasure Beach then Little Bispham loop again before returning to depot. The last run from Pleasure Beach being in full glory with lights ablaze.

A great weekend and a big thank you to all crews and staff involved in the day, as well as the Branch Lane Society for organising an excellent tour which reportedly raised over £3000 for the Blackpool Heritage Trust. The only downside to the weekend was not being able to exit the tour tram to get photos of 754 attached to 713.

Thanks to Harold Hull for providing the above account of this event. 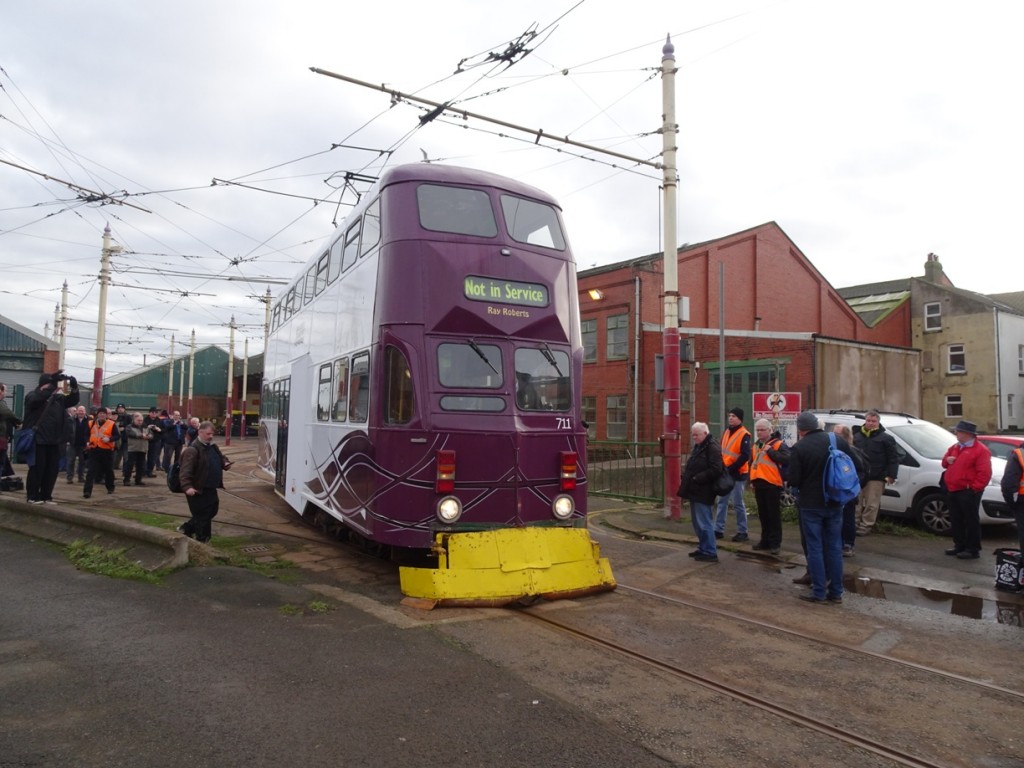 Snowplough-fitted Balloon car 711 emerges from the depot on Saturday morning for shop duty at North Pier, surrounded by enthusiasts eagerly awaiting the start of the Branch Line Society tour. 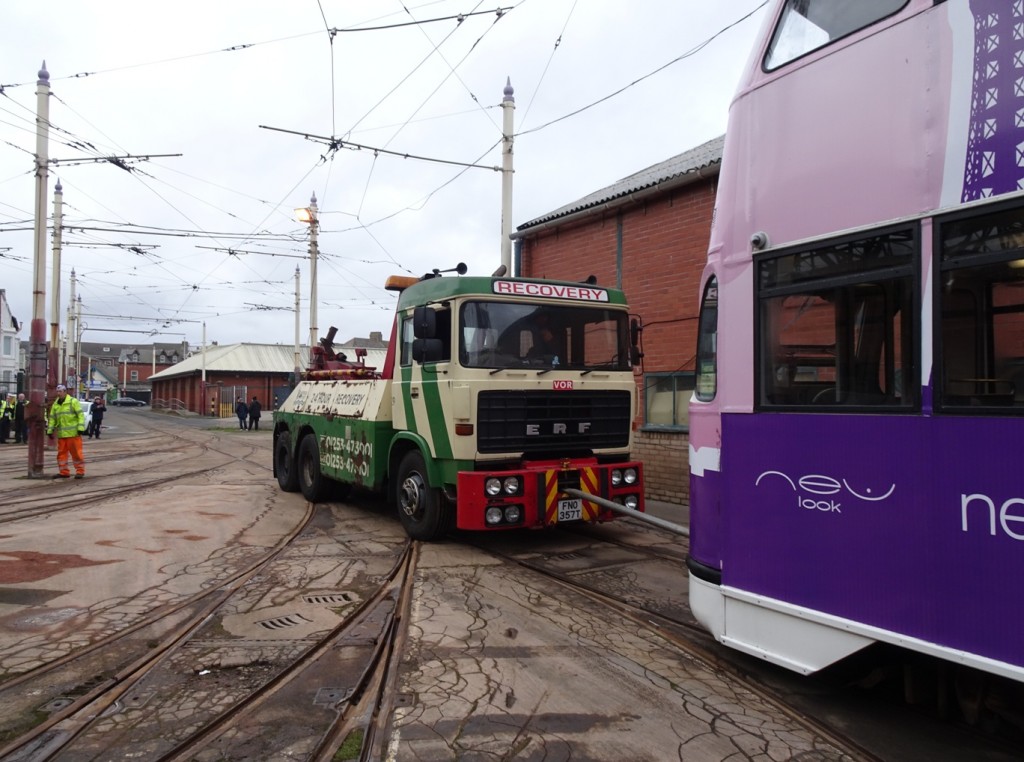 The breakdown truck propells 713 across the depot fan during its special enthusiast tour on 26th January. 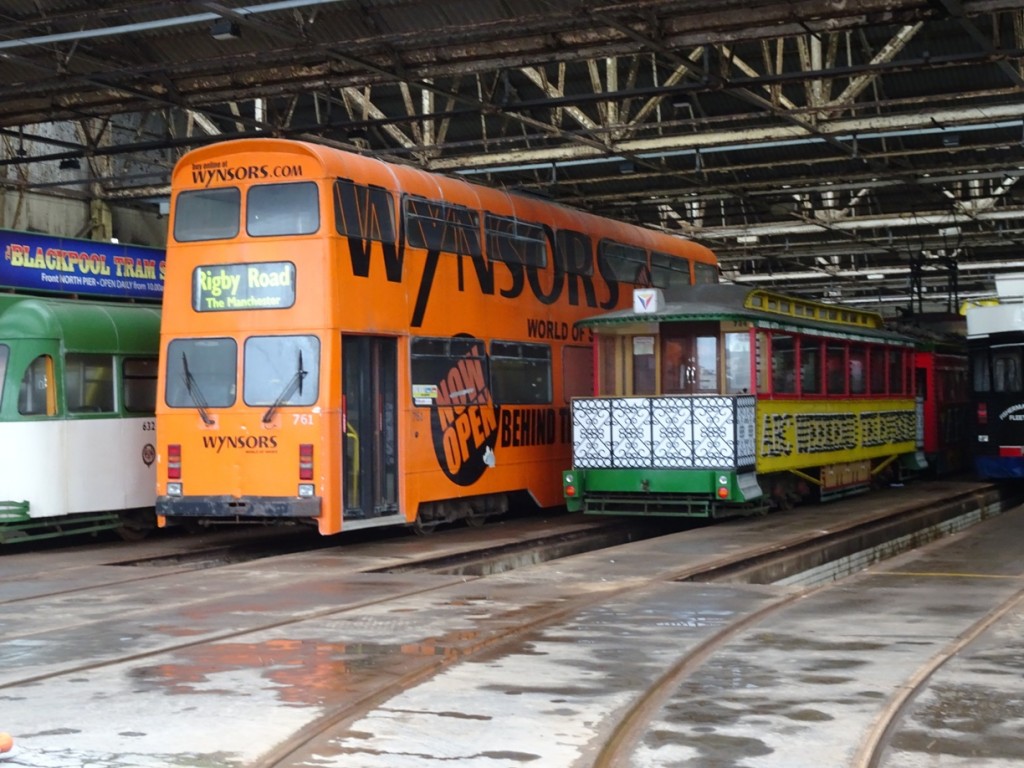 The Branch Line Society hire provided some access to the depot track fan, enabling views of stored trams such as Jubilee 761 - pictured here alongside the Western Train carriage 734. 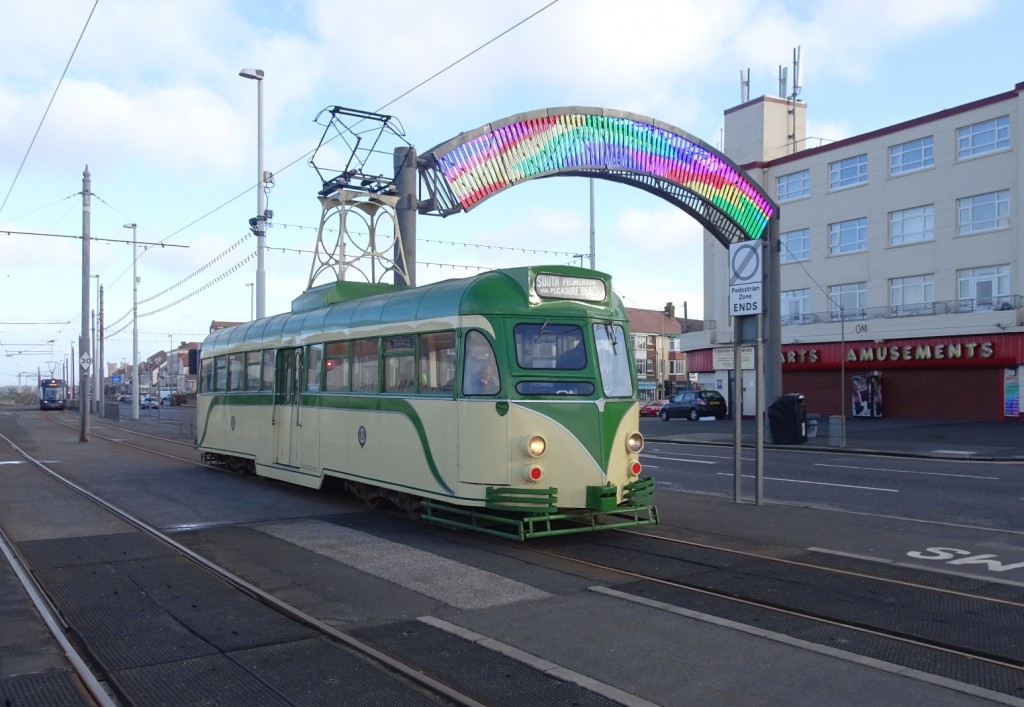 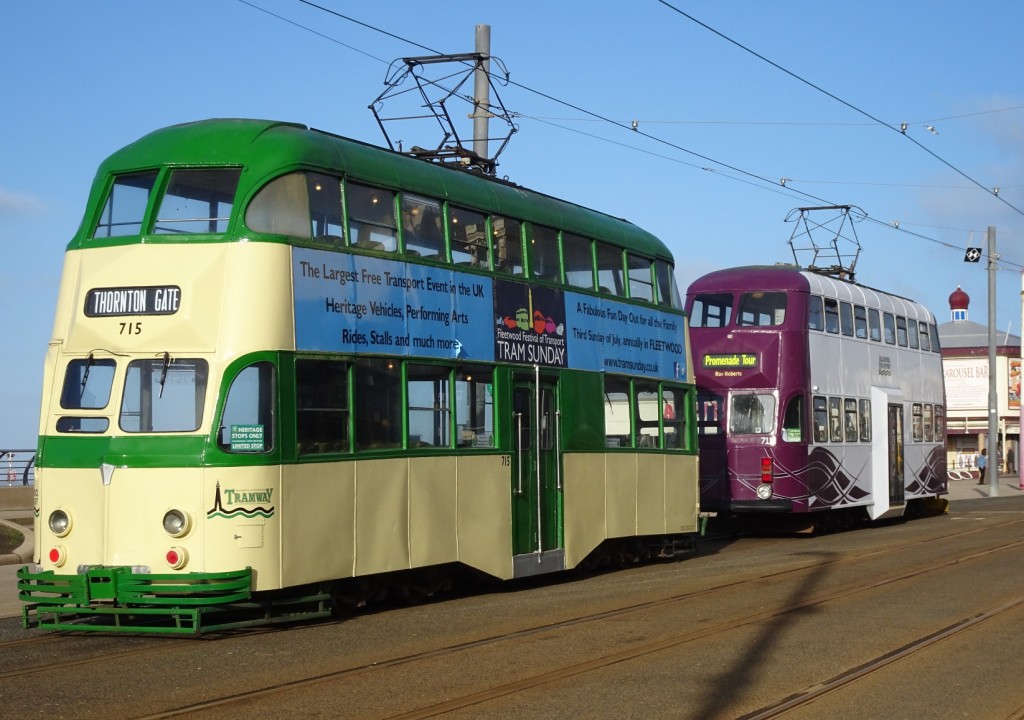 The demic Balloon 715 stands near North Pier in deceptively sunny conditions behind the shop tram, 711. 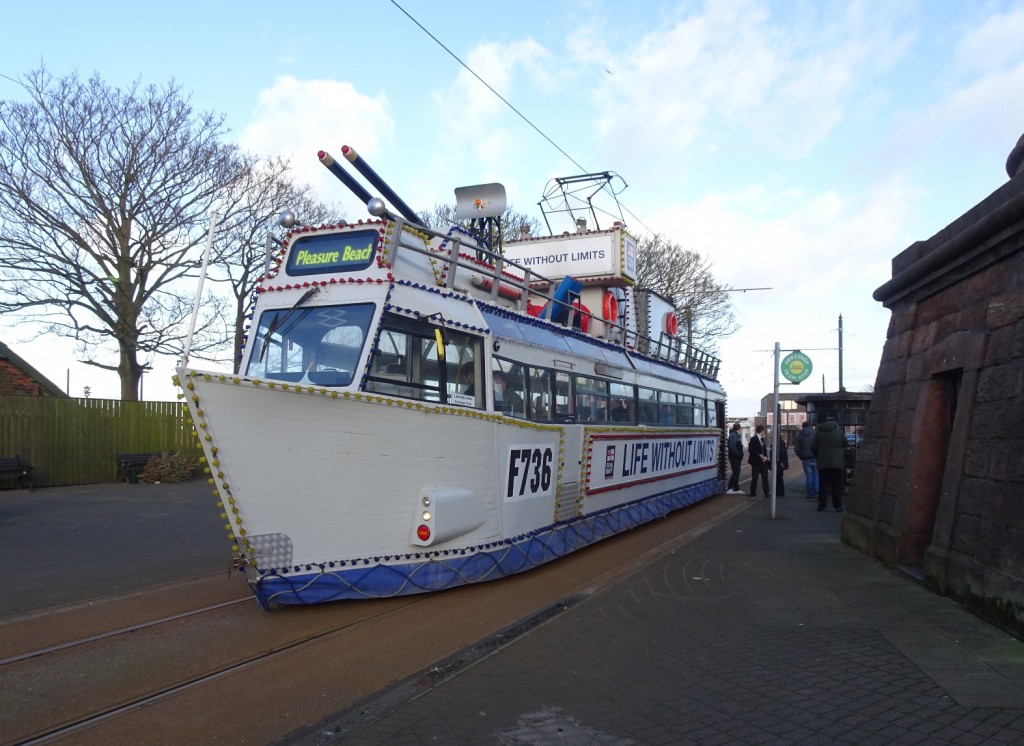 A surprise appearance by the Frigate 736 on 27th January provided one of the weekend's highlights; the illuminated tram is shown at Fleetwood. (All photos by Harold Hull)