In Pictures: Short running at Beamish

Trams at Beamish are currently not operating the full circuit of the tramway with sleeper replacement work underway between Pockerley and the Town. This means that trams are having to turn at each end of the tramway with passengers being required to disembark whilst the trams pull forward to undertake the reversing manoeuvre which includes the more unusual sight at Beamish of trolleys having to be reversed out on the main tramway regularly throughout the day.

The full tramway circuit is expected to be closed for a number of weeks but full operation should be resumed during the February Half Term week. Currently Beamish is closed on Mondays and Fridays with this being the one true quiet period of the calendar year for the museum nowadays.

On a visit to the museum on Tuesday 8th January the replica buses usually kept in the tram depot had been removed from the building briefly which also allowed the rare chance to see the most recent tram arrival at Beamish – Oporto C65 – along with Newcastle & Gosforth horse car 49. 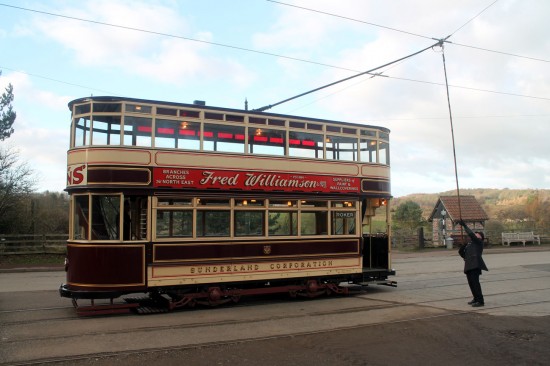 The trolley is turned on Sunderland 16 at Pockerley. 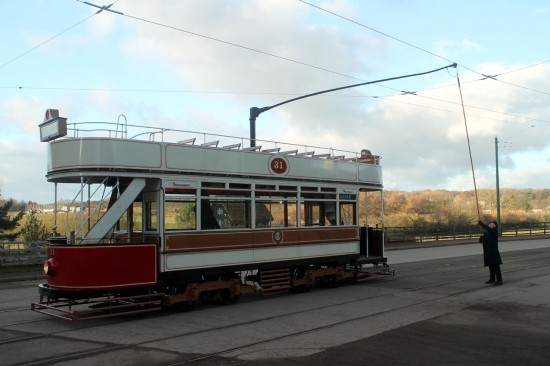 And here we see the same procedure on Blackpool 31 – the second tram in service on this day. In the town passengers have to disembark from the tram at the stop before the tram moves forward and then reverses the trolley before heading back towards Foulbridge. The only issue with this is that visitors haven’t quite got the idea and keep trying to board the tram expecting it be continuing on its way to Pockerley! 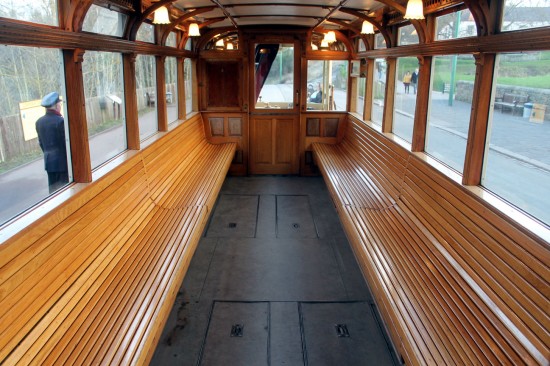 It’s not often at Beamish you get the chance to take uninterrupted interior views of the trams but the quieter winter season does allow for this sort of photo. This is the lower deck of 16. 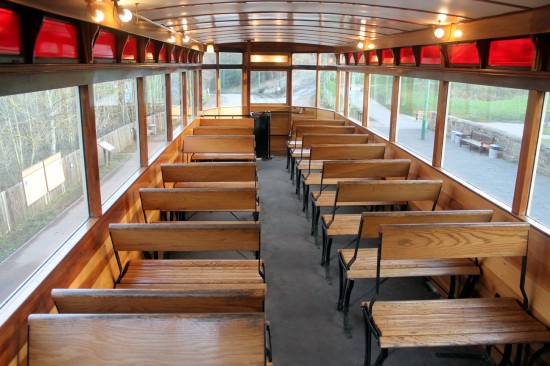 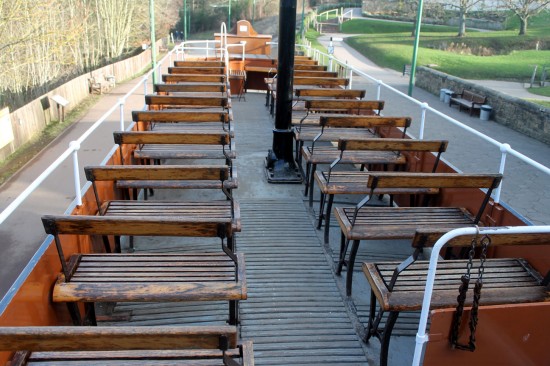 Meanwhile, this image shows the familiar upper deck of Blackpool 31. 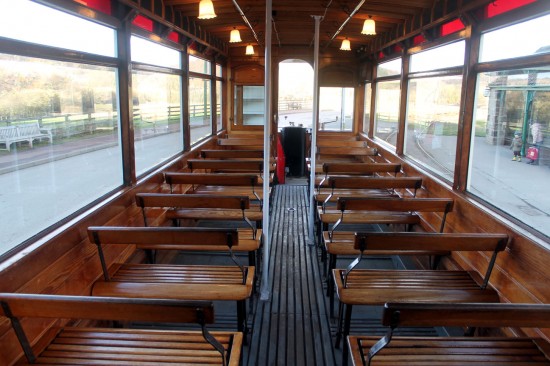 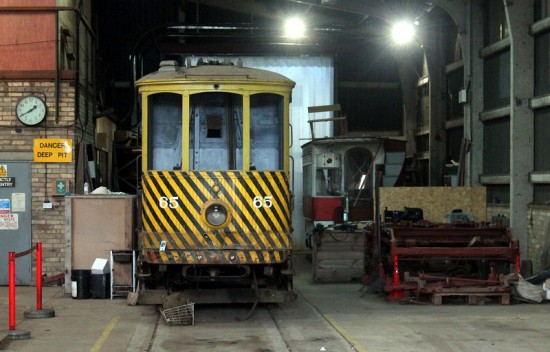 As mentioned in the text above, it was also possible to see two rarely photographed trams on the day as well. Oporto C65 is on the left whilst on the back right is Newcastle & Gosforth horse car 49 – complete with a single seat on the upper deck! 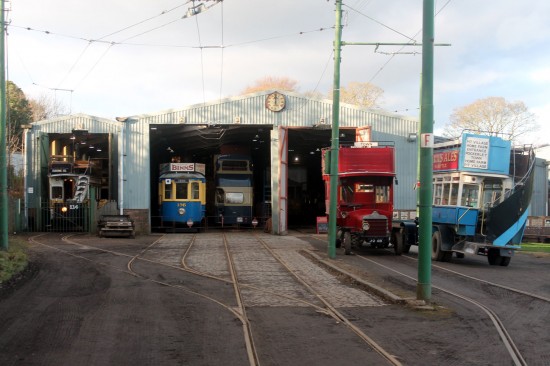 A more general view of the depot area with all three of the other trams which have formed the majority of services in recent years visible. Newcastle 114 with Sheffield 264 just visible behind and Oporto 196. (All Photographs by Trevor Hall, 8th January 2019)