Posted on Saturday 5 January 2019 by Gareth Prior

We gave a quick look at the end of last year at recent progress on the construction work to extend West Midlands Metro at the Birmingham end of the current line and now in this pictorial update we take a look at recent progress at the Wolverhampton line. With track now in place between the points on the current line just before St George’s to a point just short of Wolverhampton Railway Station tarmac has also been put in place. With no overhead due to be installed for this line – trams will run under battery power – other major work for this extension will be tram platforms and the section just outside the railway station; this latter work won’t follow until later once other works at the station are completed. As a result of this required work trams aren’t due to start running until 2020. Andy Walters provides us with the latest images. 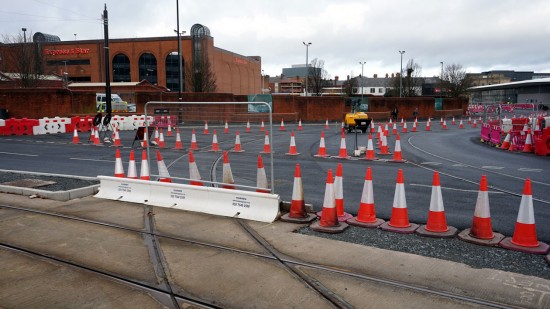 Looking away from the current line towards St George’s and down Piper’s Row where the tracks head off towards the station. 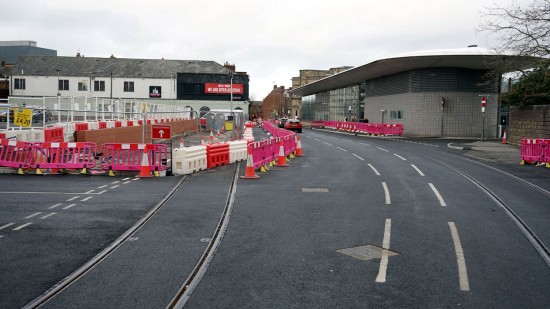 Into Piper’s Row with the tracks heading off to the bus station which will have the only intermediate stop on the extension. 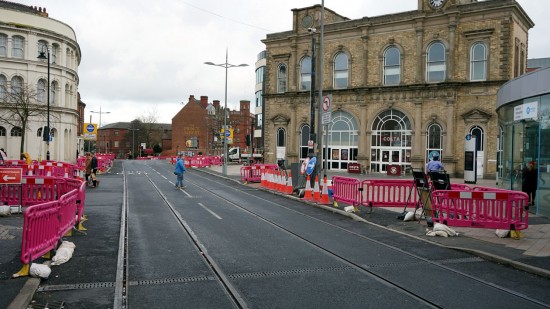 Tracks outside the entrance to the bus station. 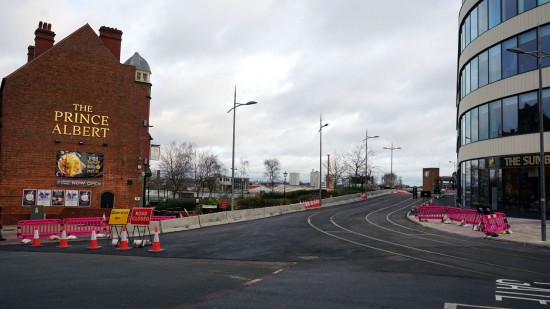 Tracks here are curving away towards the railway station. 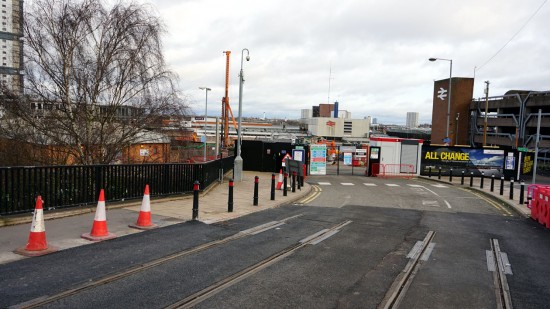 With work now underway on the station redevelopment this is where the Metro tracks end. 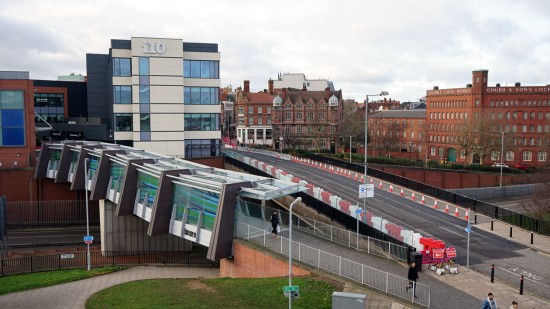 From the multi story car park showing the tram tracks approaching the station. (All Photographs by Andy Walters)