Away from the below photos – taken on the section between Grand Central and Victoria Square – strengthening works have commenced on the former subway in Paradise Street whilst it has also been confirmed that the next phase of works will get underway in January 2019. This will see Broad Street Canal Tunnel closed in order to allow the bridge to be strengthened. 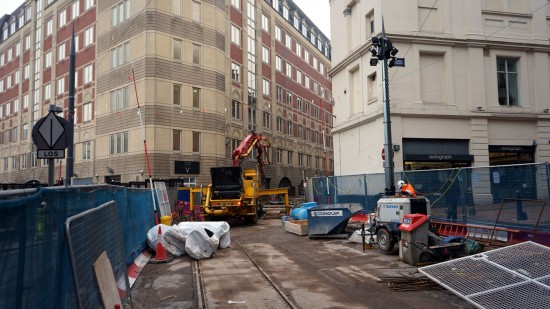 Where once the line ended at the junction between Stephenson Street, Ethel Street and Pinfold Street work is ongoing to extend the line towards Victoria Square. 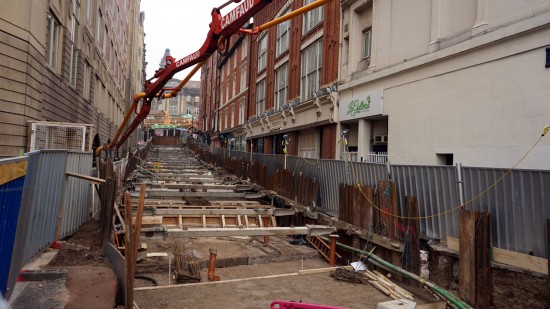 The narrow environs of Pinfold Street where work continues to prepare the trackbed for the installation of track. 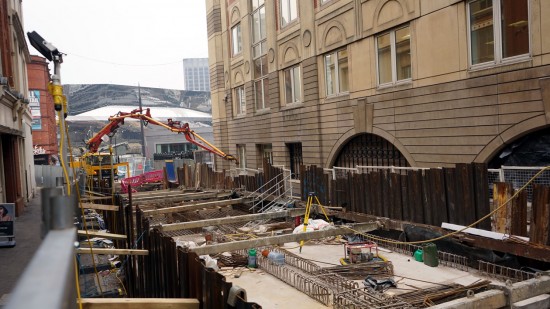 Another look at Pinfold Street. This time we look back towards New Street station. 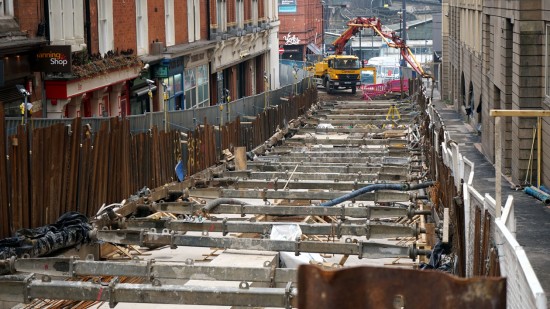 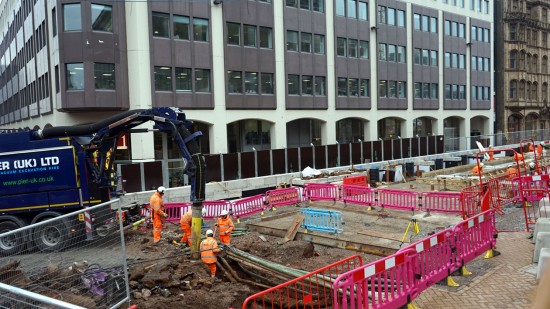 Concrete is poured as work is also underway at Victoria Square. 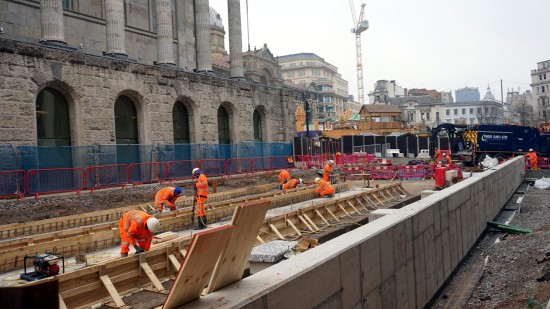 Another view of the same area. 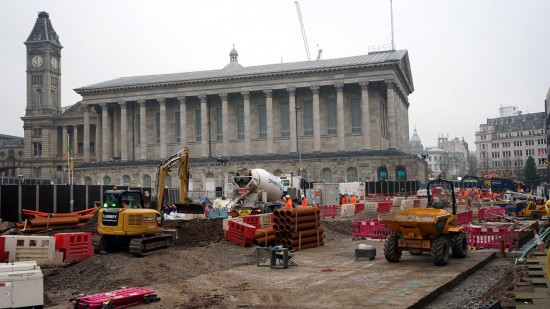 One last general view of Victoria Square with the Town Hall in the background. (All Photographs by Andy Walters, 22nd November 2018)