Around the World in Trams: Kagoshima 602

Posted on Saturday 17 November 2018 by Gareth Prior

Today we feature a photo from Japan as we continue our look at trams from outside of the British Isles.

Trams first ran in the Japanese city of Kagoshima in 1912 and the system has been operated by the Kagoshima City Transportation Bureau since 1928 (in addition to the local bus system). The Kagoshima City Tram is said to be one of the only tram lines in Japan that makes a profit and has two routes operating as four lines. 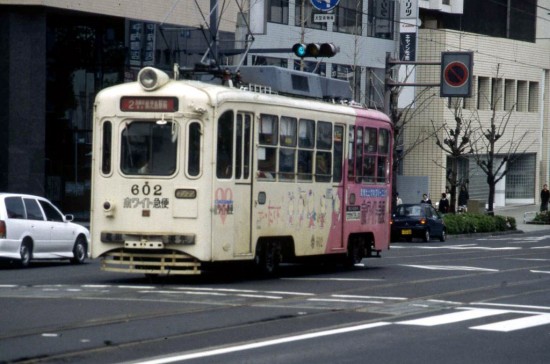