Posted on Wednesday 14 November 2018 by Gareth Prior

We’ve reported on all of the following livery changes for various Manchester Metrolink M5000s previously but haven’t necessary featured images of them and so to remedy that below we feature photos of 3052, 3058, 3085 and 3103 (if only to enable us to link to a photo from our fleet list!) Photography from Roland Bull. 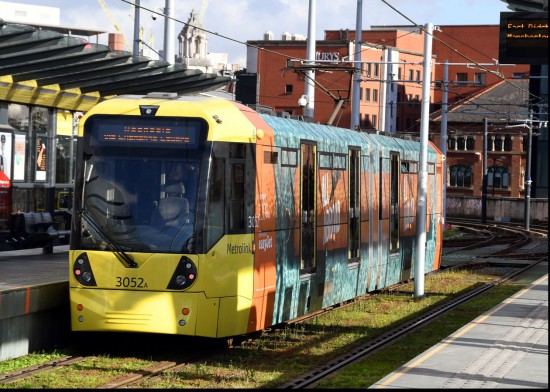 Applied at the end of September was this advert on 3052 for Easy Jet. One of two to advertise the airline. We see the tram at Deansgate-Castlefield on 2nd November. 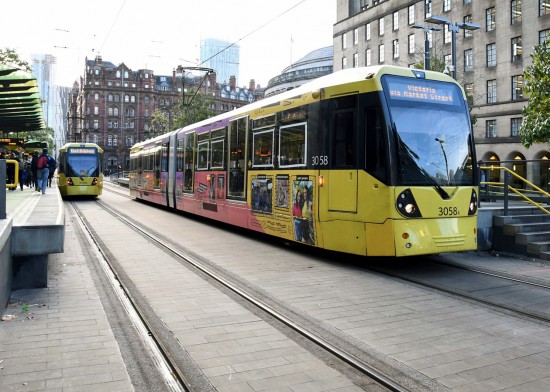 A new advert dating from mid-October is this one on 3058 for the TfGM Catch the Moment campaign (which encourages people to travel on Metrolink and share their images on social media). St Peter’s Square is the location on 2nd November for this shot. 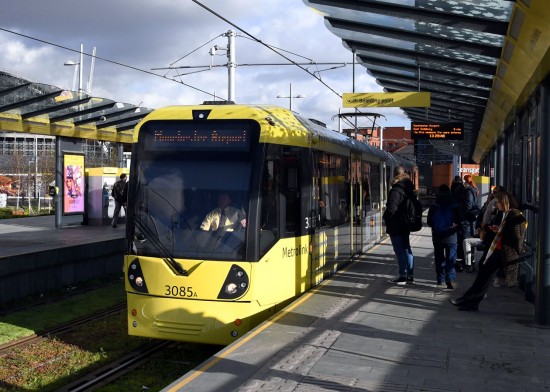 A tram to return to fleet livery has been 3085 which previously advertised Just Eat. This is St Peter’s Square on 2nd November. 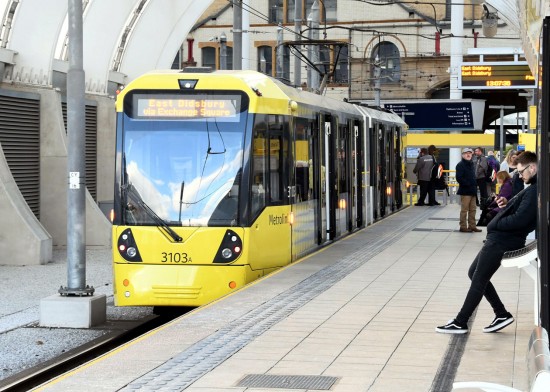 Another tram back in standard colours is 3013 which lost its advert for Hits Radio in October. We see the tram arriving at Victoria on 29th October as it departs for East Didsbury. (All Photographs by Roland Bull)