In Pictures: Grimsby & Immingham 26 under overhaul

Having been withdrawn from service for a start to be made on its overhaul in January 2016 Grimsby & Immingham 26 – or Gateshead 10 as it will be again once the work is completed – is still under attention at Beamish with the tram currently lifted at the very rear of the tram depot. The work to return the car to service still has quite some way to go and it isn’t expected that 10 will be back in action for the foreseeable future.

Work is also currently underway on Sunderland 16 and this is a much smaller job with the expectation that this will be part of the operational fleet again within the next few months.

Beamish have been soldiering on with an operational fleet of four trams for several months with probably the UK’s hardest working heritage trams Blackpool 31, Newcastle 114, Oporto 196 and Sheffield 264 doing the honours. 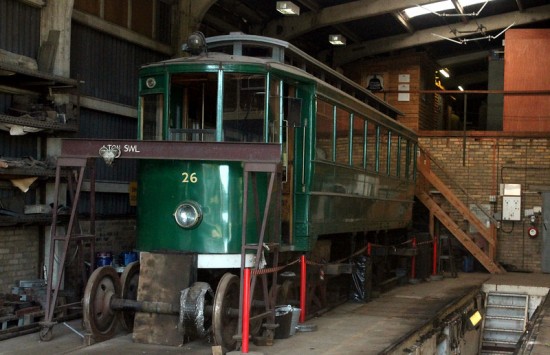 Grimsby & Immingham 26 at the back of the tram depot on 27th September. (Photograph by Trevor Hall)