The Rack is back – for one day only!

Since it last ran in October 2014, Blackpool & Fleetwood ‘Rack’ 2 has been greatly missed in the operational fleet at Crich Tramway Village. However, the popular 1898 built tramcar is set to play a starring role in next week’s enthusiast event at the museum, and subject to successful commissioning, it will be running in passenger service for the first time in nearly four years!

Car 2 was initially sidelined after the 2012 season, to ensure that it would be able to operate during 2014 – the 50th anniversary year of electric tram operation at Crich. It was then withdrawn at the end of the season to await its turn for an overhaul. However, there is believed to be a bit of life left in the old girl, and so it has been decided to revive it for a one-off outing on Saturday 1st September, for the ‘Simply Trams’ event. This is the main enthusiast-orientated event of the year, and for 2018 the theme will be birthdays and anniversaries. ‘Rack’ 2 is expected to be the star of the show, to mark its 120th birthday, and the 120th anniversary of the Blackpool & Fleetwood Tramroad. It was feared that this milestone would go unnoticed, so even if it is only for one day, the return to service of the oldest surviving Fleetwood tram will be very welcome indeed, and much appreciated by the many fans of this very special tram.

Please note that 2‘s operation will be subject to it being declared fit to run. The car was extracted from its usual position in the Exhibition Hall on 25th August and moved to the workshop for a detailed examination to take place. A full programme of the planned events for ‘Simply Trams’ day will be provided at some point in the next week – and British Trams Online will be there to provide full coverage of the event. 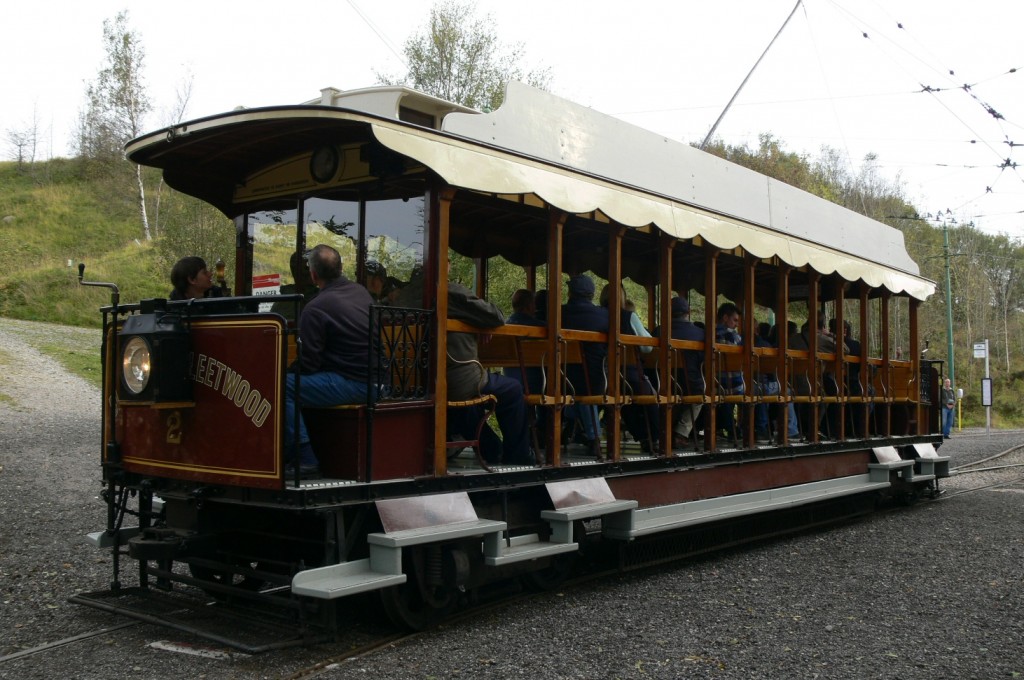 A flashback to four years ago, and 'Rack' 2's last run with passengers before it was withdrawn from service. The tram is pictured at Glory Mine before heading back to Town End - a scene that will, hopefully, be repeated on 1st september. (Photo by Andrew Waddington)