Posted on Thursday 23 August 2018 by Gareth Prior

It is sometimes easy to forget that the northeast of England is home to two significant tram collections. Of course, we all remember about the operational tramway and the trams which operate it at Beamish but a few miles away can be found the North East Land, Sea and Air Museum (NELSAM) which has a number of trams belonging to the North East Electric Traction Trust (NEETT) on display, many of which came from Blackpool at the time of the tramway upgrade. NELSAM has an annual Trams and Transport Day which for 2018 was held on Sunday 19th August. Trevor Hall with the photos.

There are currently five trams on site at the museum: Graz 210, Krefeld 412, Blackpool Centenary 647, Blackpool Twin Car 674+684 and Blackpool Balloon 721. It did also used to be home to further Blackpool trams – Balloon 708 and The Hovertram most recently, but both of these can now be found back in Blackpool; the Balloon car is owned by the Manchester Transport Museum Society and has been in storage at both locations.

When the NEETT first became owners of the Blackpool trams there were a number of ambitious projects announced which seem to have stalled in recent years. A competition was held to create a livery for Centenary 647 with a pseudo Red, White and Teak colour scheme chosen whilst it was planned that Balloon 721 would be painted in a Red and White livery before heading to Heaton Park on loan. Neither of these projects still seem to be ongoing but the two trams – along with the remainder of the fleet – are at least all stored undercover. 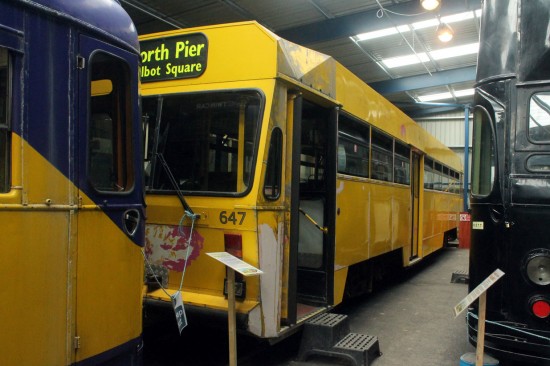 The last standard gauge traditional tram to be built for the UK is one of the exhibits at NELSAM – Blackpool Centenary 647. The advertising vinyls of its last advert for B&M Bargains have been removed leaving the tram in its yellow base coat. 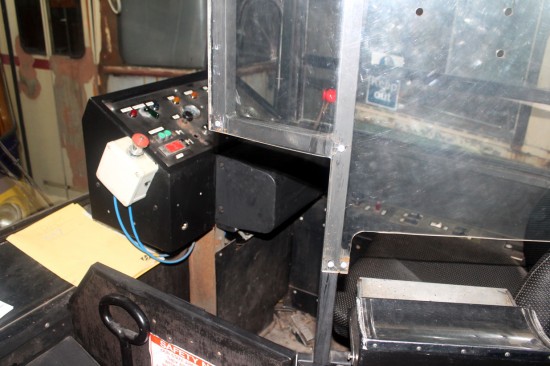 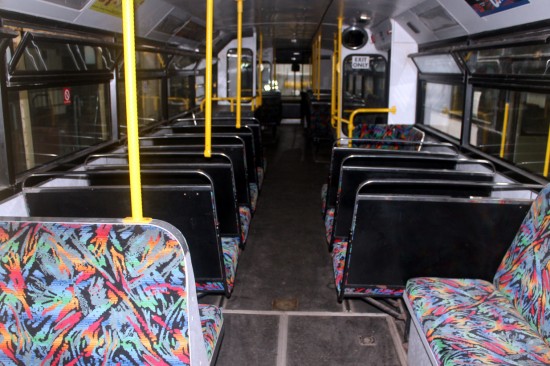 The familiar interior of a Centenary Car. 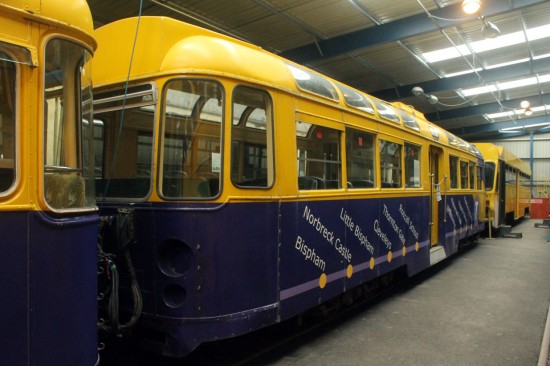 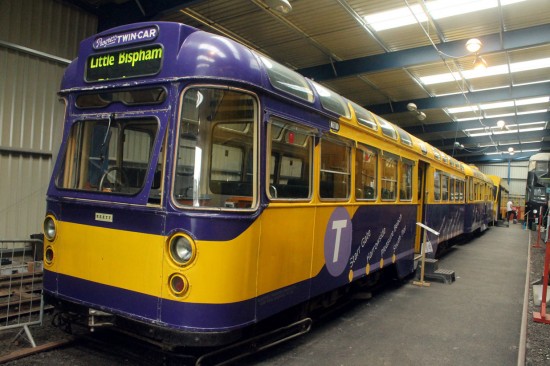 The full Twin Car – with Trailer leading – in the shed. 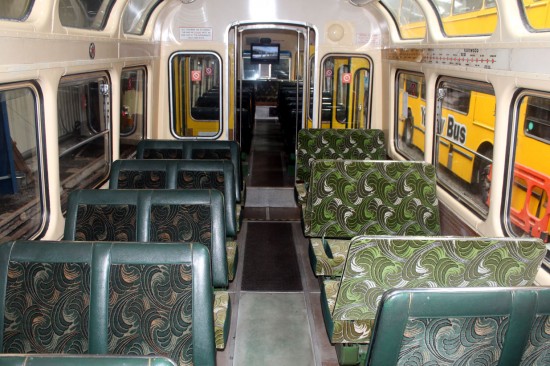 The interior of Twin Trailer 684. Not much has changed since it last ran in Blackpool with the exception of the addition of television at one end! 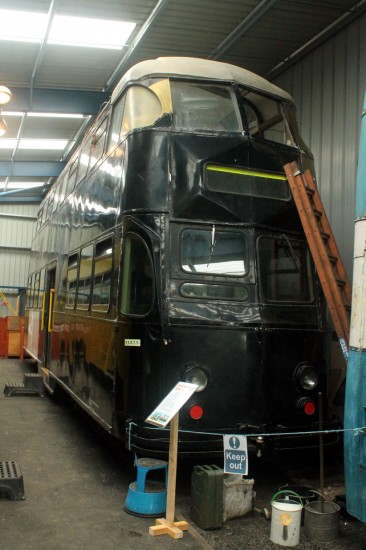 Balloon 721 in the corner. Again the advertising vinyls have been removed but the proposed repaint into Red and White hasn’t yet taken place. 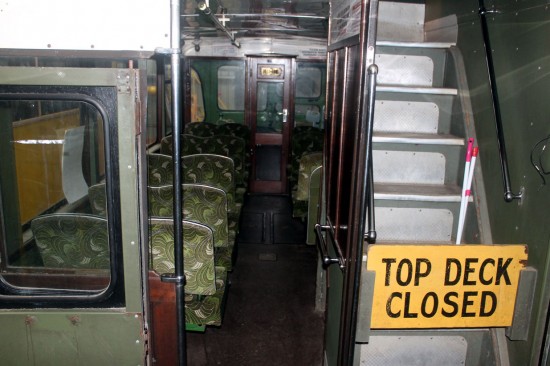 The interior of 721. The Top Deck Closed signs in place so no-one can go upstairs. 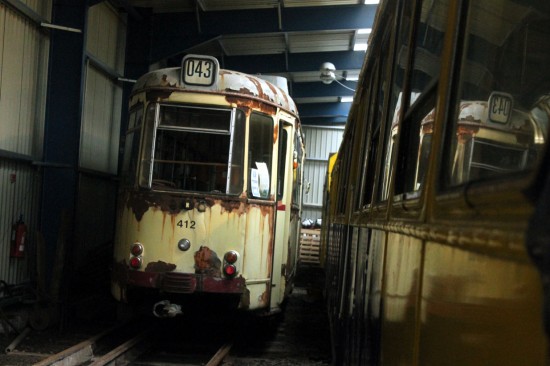 Looking a little sorry for itself in the corner is Krefeld 412 (seen here twice including the reflection!). The final tram at NELSAM Graz 210 is behind 412 with no possibility of any photos. (All Photographs by Trevor Hall, 19th August 2018)