Another throwback article as we take a look at the Volk’s Electric Railway with photos taken during the first days of August 2018. During Stuart Cooke’s visit the service was being operated by two single cars, both of which were some of those which enjoyed recent overhauls as part of the Saving Volk’s project. 4 was restored at Alan Keef in Ross-on-Wye and 9 within the Volk’s Electric Railway workshops. 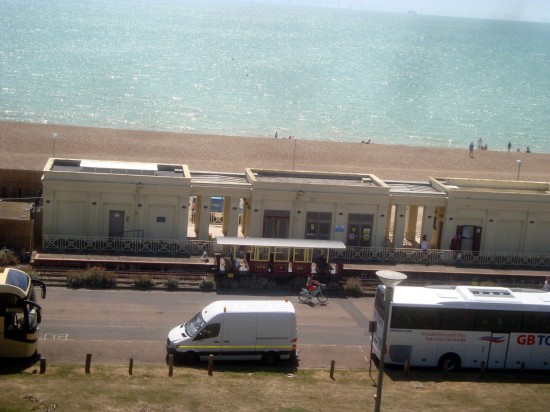 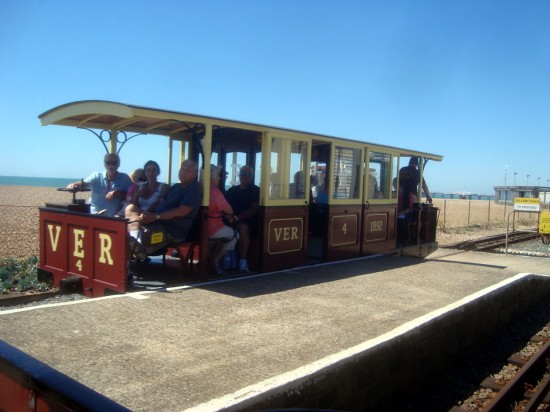 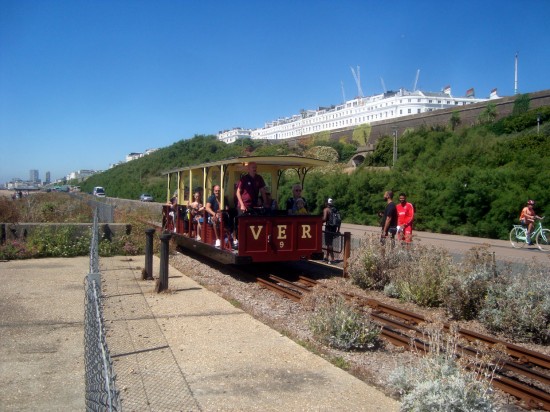 9 heads along the line. 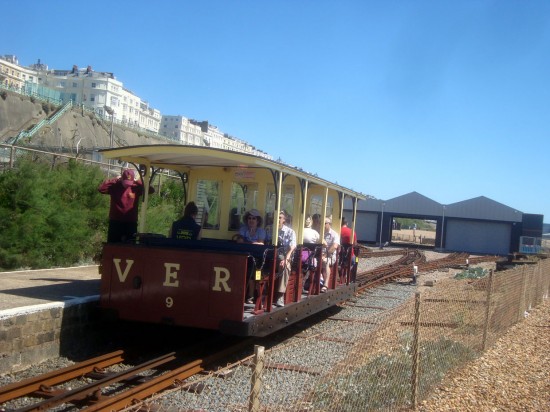 With the main depot in the background 9 awaits departure. 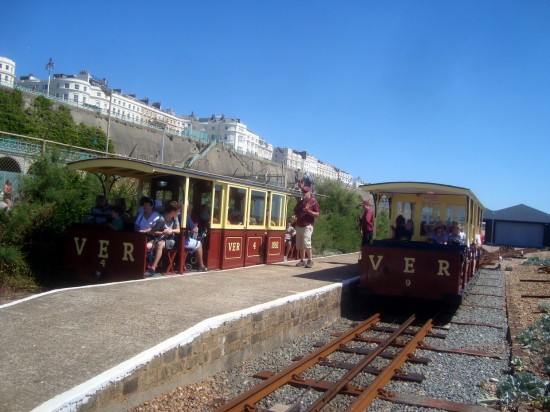 4 and 9 pass with the single line token in the hand of the driver. (All Photographs by Stuart Cooke)