Posted on Tuesday 7 August 2018 by Gareth Prior

Its another one of my early tram photos which features for Picture in Time today as we are once again in 1992.

1992 wasn’t the first time that I had been to Blackpool but it was the year that my interest (obsession!?) truly began. This photo shows 625 at Bispham which is operating a service all the way through to Starr Gate via Pleasure Beach (unsurprisingly). The tram is carrying a plain white all over advert for Family Choice – the only full advert livery it ever received. A fairly strange advert at the time as it was completely blank on the ends of the tram but it was a simple design and there were certainly a lot worse to come in the next 20 years! As for the tram it is currently back at Rigby Road Depot for storage on behalf of its private owner. 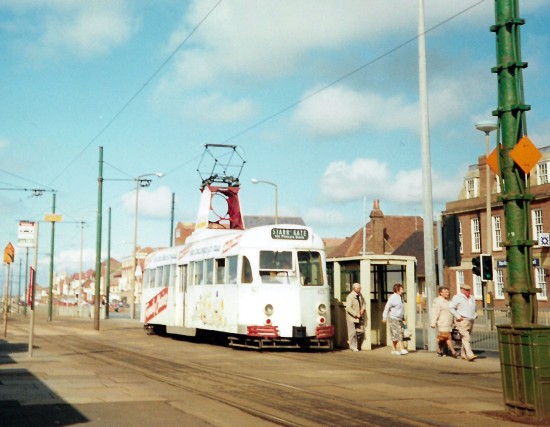