In Pictures: Supertram 119 receives a relivery

With fewer trams currently required for service as a result of the rail replacement works the chance is being taken to give the tram fleet some TLC including 119 which has seen its standard fleet livery reapplied giving a much brighter look. With 119 having received the livery originally back in 2006 the colours had started to dull but with this reapplication the tram really does stand out from the crowd once again in one of the most colourful fleet liveries in the UK. Ryan Hartley with the photo. 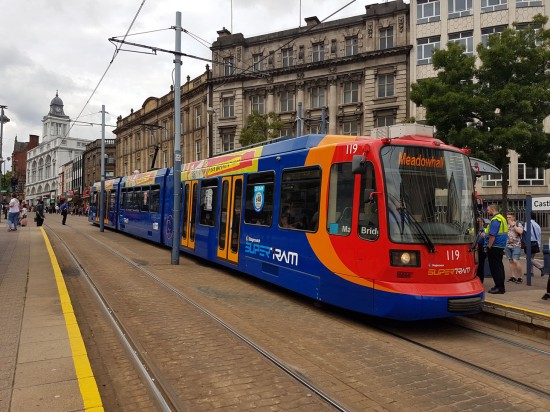 119 at Castle Square on 18th July with its fleet colours rejuvenated. (Photograph by Ryan Hartley)