In Pictures: Its bye-bye to Blackpool for 623

Blackpool Brush Railcoach 623‘s period of operation back on its original home tramway has now come to an end, and after a year-long loan, the tram was transported back to Manchester on Monday 16th July. However, before it left it did enjoy a couple of high-profile outings, giving its many fans a final chance to enjoy a ride on the car in Blackpool.

On the evening of Friday 13th July, 623 worked a special tour including a number of unusual movements, operating over the entire length of the tramway. Then the following day, it was part of an intensive heritage tram service between Pleasure Beach and Fleetwood, with historic trams running to the northern extremity of the line at 20 minute intervals for most of the day. Appropriately, this marked the one year anniversary of 623‘s debut on heritage service – a fine way to bring to an end its extended loan period!

Following the removal of the additional framing added to its mini tower so that its pantograph could reach the overhead wires in Blackpool, 623 was loaded up on Monday 16th July and moved by Scott’s Heavy Haulage back to Heaton Park. There, no time was wasted in preparing the car for use and the day after its arrival, it was back out on their tramway for test running. It is expected that the tram will return to passenger service on Sunday 22nd July.

Prior to its departure from Blackpool, 623 had its lifeguards repainted which has helped to smarten up its appearance. It has also retained a souvenir of its extended seaside holiday: the traditional-style destination blinds it carried during its stay, which were provided by Peter Watts, have been kindly donated to the Heaton Park Tramway, with the set of blinds previously fitted being retained in the museum archives.

623 has certainly been a useful and popular addition to the heritage fleet in Blackpool and has seen extensive use over the past year. Its departure leaves just two operational Brush cars there – 621 and 631 – although further examples are safely stored at Rigby Road. 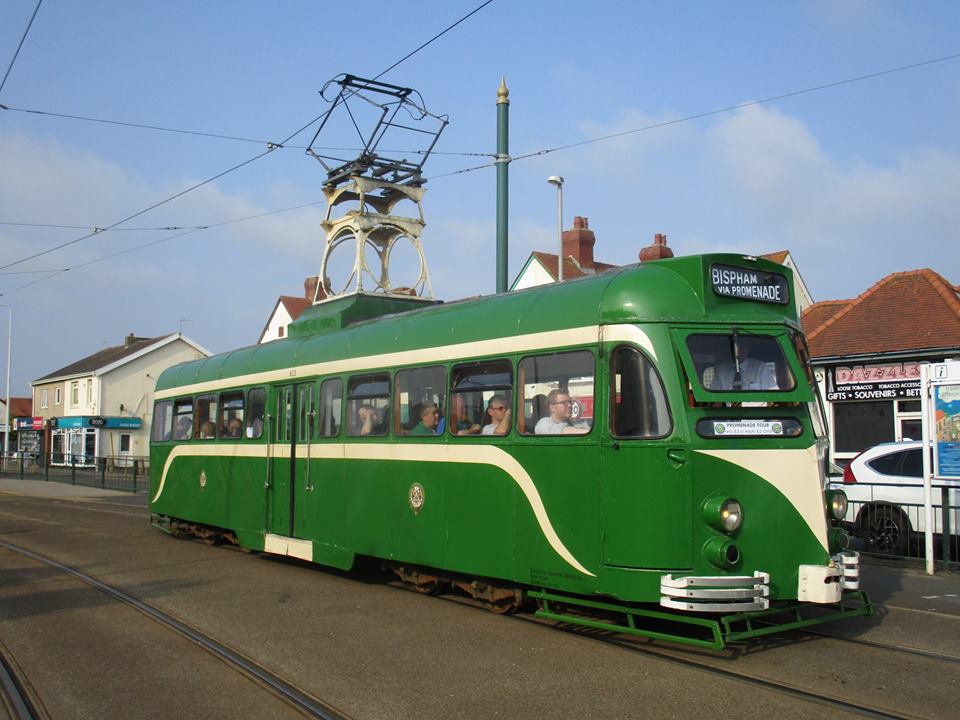 Seen during its 'farewell' tour on 13th July, 623 is captured at Cleveleys heading south.

One last look at 623 in service in Blackpool on 14th July. The tram is seen terminating at North Pier/Tower, with its destination blind set for an empty run back to the depot bringing its operating loan period to a close. 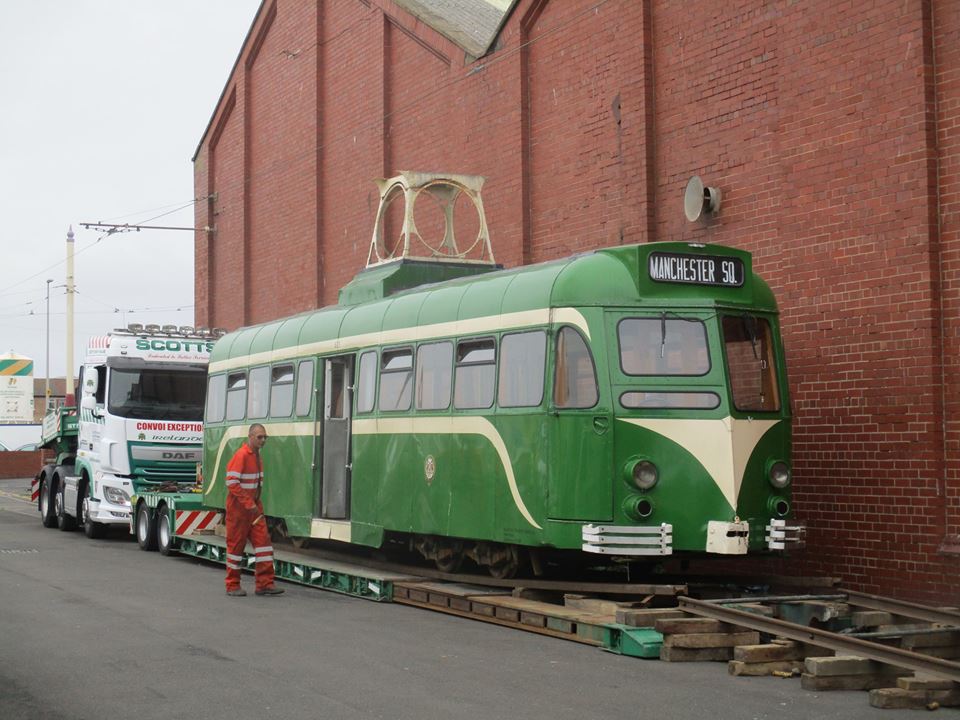 Now minus its 'double-deck' trolley tower, 623 is seen on 16th July on a low loader on Blundell Street. 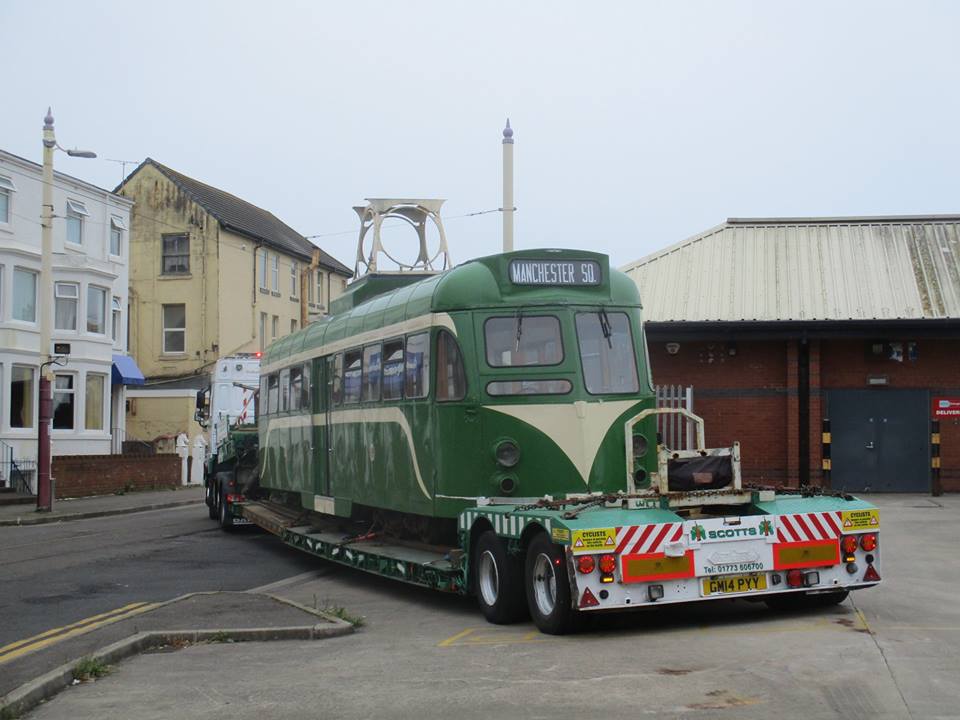 The lorry takes 623 across the car park near Rigby Road as it begins its latest road journey.

Bye bye Brush car 623! The tram disappears down Lytham Road, past the now-closed Aquarius cafe. (All photos by Rob Bray)

1 Response to In Pictures: Its bye-bye to Blackpool for 623