Today Picture in Time is heading to South London for an image from a tram on test on Tramlink.

This photo was taken in 1999 ahead of the opening of the Croydon Tramlink system – bringing trams back to the streets of London for the first time since 1952 – and shows an unidentified tram on a test run. Construction work is still ongoing around the tram with the first public services not to follow until 2000 so there is plenty of time for the work to be completed. As well as being unnumbered the tram is also in a clean and bright fleet livery of Red and White. 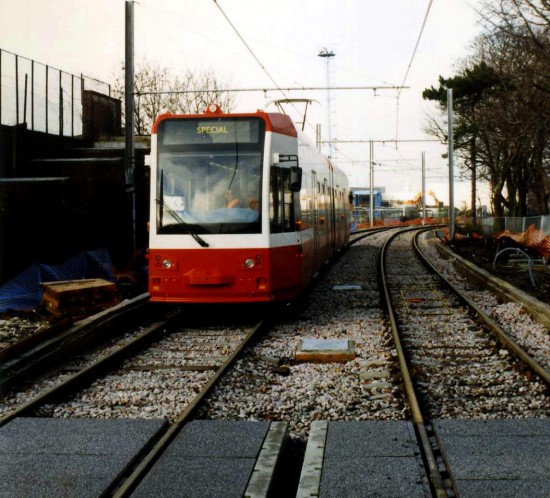