In Pictures: London Tramlink from above

In this pictorial we take a brief look at London Tramlink from above with a couple of images taken at the Centrale stop on Tamworth Road, part of the single line loop through central Croydon on the way to West Croydon. Images courtesy of Kevin Saltmarsh. 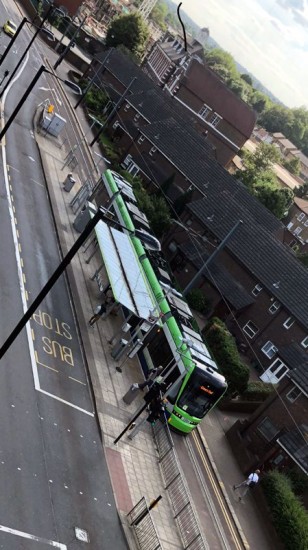 In this first view we see 2564 sitting at the stop with a Wimbledon to Elmers End service. 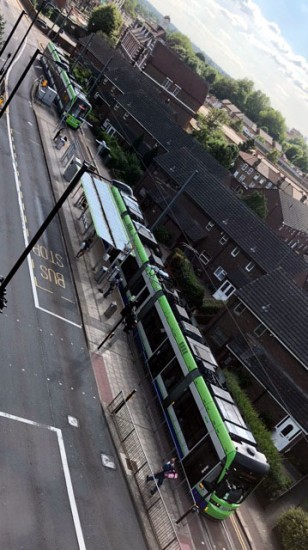 And this second image is also at Centrale and sees a second Stadler tram arrive just as 2564 pulls away. (Both Photographs by Kevin Saltmarsh, 21st June 2018)