In Pictures: Volk’s Electric Railway 6 out on test

Posted on Saturday 16 June 2018 by Gareth Prior

The next car to return to service on the Volk’s Electric Railway looks set to be no. 6 which is now undergoing final test running before it being commissioned for public use once again. As we reported recently 6 has been in the workshops requiring a little bit of mechanical attention to complete its overhaul which was mainly undertaken at Alan Keef Ltd. It is anticipated that as long as no issues are found in these tests it will soon be free to travel on the line along Brighton seafront with passengers once more. Once 6 is back attention will then presumably turn to getting 10 ready for service ahead of the busy summer season. This article also contains a few other shots from the Volk’s Electric Railway in mid-June from the camera of Tony Sullivan. 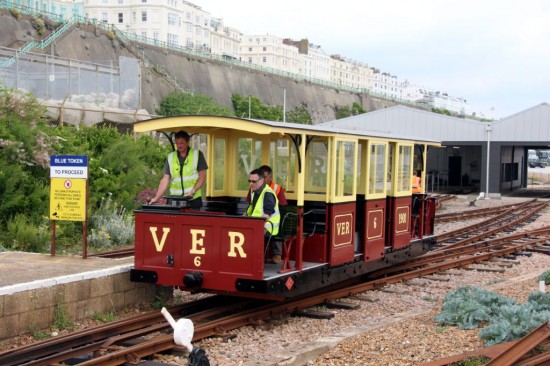 On 12th June and 6 is seen out on test. It is just arriving at back at Halfway having run to the passing loop between there and Black Rock. 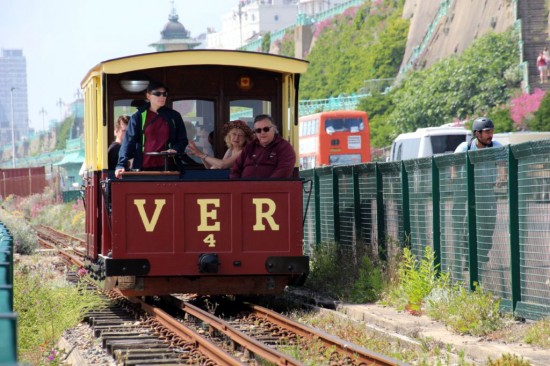 4 is caught on 10th June having run through Peter Pan’s Playground nears Black Rock with a service from Aquarium. This was the first car to be refurbished off site to return to service. 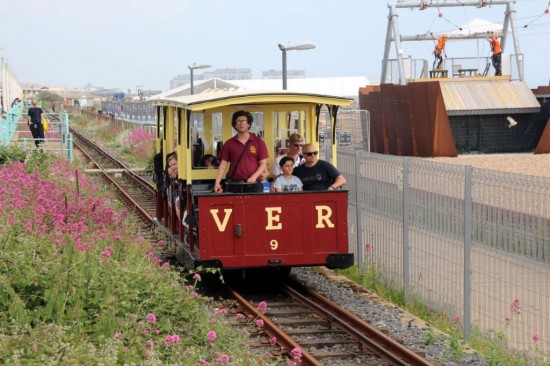 Also on 10th June, 9 – which saw in-house attention including a full repaint by members of the Volks Electric Railway Association – nears Aquarium at the end of it’s journey from Black Rock. Interestingly on this day both cars in service were running singly. 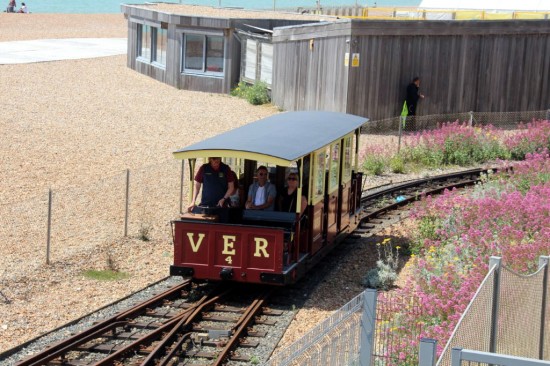 On 15th June we see car no 4 running into Halfway working a service from Aquarium to Black Rock. 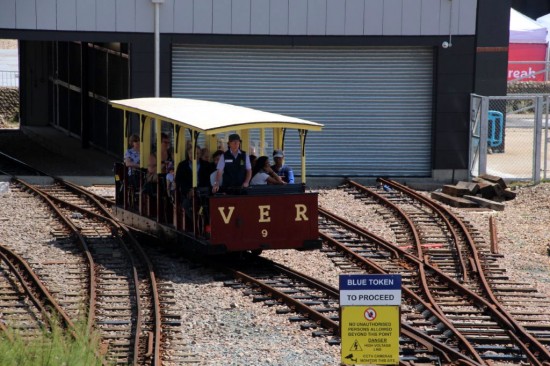 Car no 9 is seen having just run though the car sheds nearing Halfway with a service from Black Rock to Aquarium. 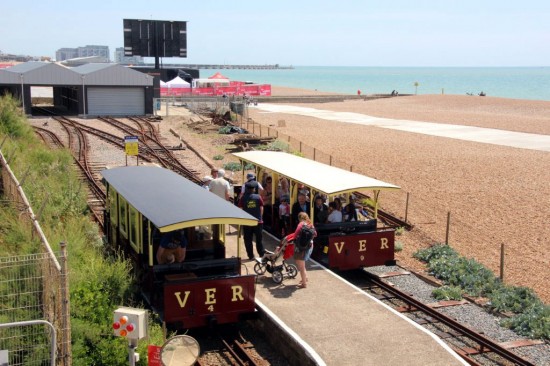 This shot shows Halfway station with car no 4 working to Black Rock and car no 9 working to Aquarium. The car sheds are in the background and The Marina can be seen in the far distance. (All Photographs by Tony Sullivan)