In Pictures: First phase of 2018 Supertram rail replacement works draw to a close

Posted on Wednesday 13 June 2018 by Gareth Prior

The first phase of Stagecoach Supertram rail replacement works  are starting to come towards a conclusion with the work originally due to be completed by the end of this week. It had been expected that a full service will run on Supertram from Saturday 16th June – for a week at leat until the next phase gets underway on 23rd June – but it has now been confirmed that finishing works will be required over the weekend meaning Yellow route services will continue to run to Malin Bridge on Saturday 16th and Sunday 17th June as well with a full service now planned to start from Monday 18th June. The final stage of the works is seeing the track replaced on the inbound line from Leppings Lane tramstop to Keyworth Road as our latest photo update from Stuart Cooke shows. 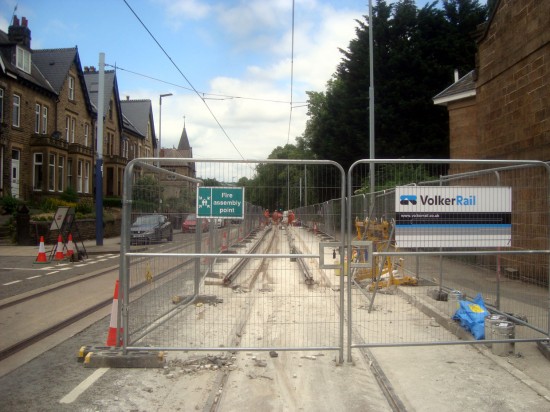 The limit of the worksite is seen in this first view with new track waiting to be laid. 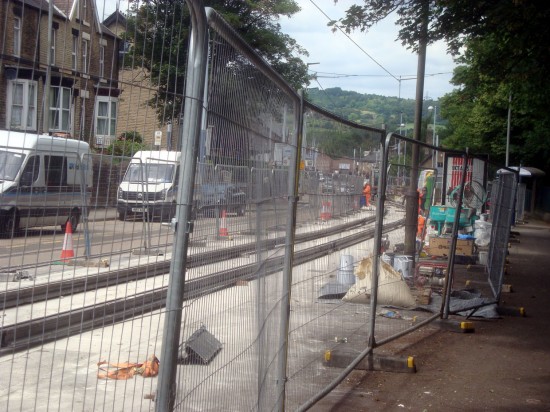 Another view of this worksite with the new rails all ready to be installed. 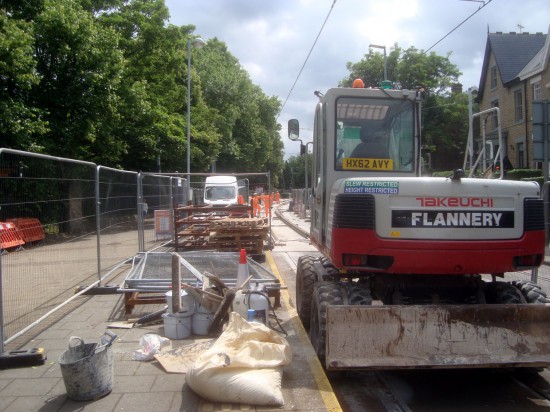 The stop at Leppings Lane along with a piece of machinery used to help with laying the tracks. 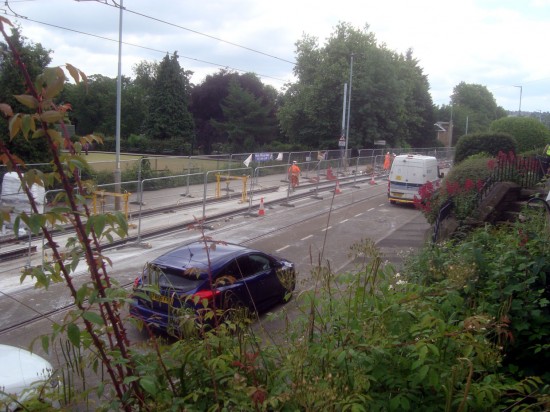 And another look as preparations are made to lay the new track. (All Photographs by Stuart Cooke, 12th June 2018)