Posted on Saturday 2 June 2018 by Gareth Prior

Over the next few years the one UK tram system which is set to enjoy major expansion will be Midland Metro (as we can still call it for the next 4 weeks!) with work underway at both ends of the current line as well as preparatory work on the Brierley Hill route which will leave the current line at Wednesbury. Mike Haddon provides a brief photo update of these projects. 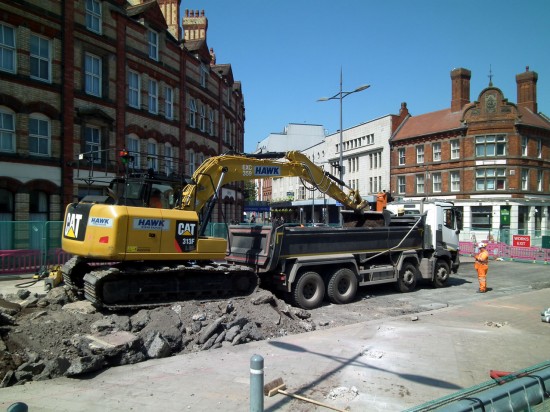 In Wolverhampton where the line will be extended to the railway station work has been underway for a few months on the first phase of works. This view, taken on Wednesday 23rd May 2018, shows the road surface in Pipers Row being removed as contractors prepare the ground for tram track installation on the Midland Metro extension to Wolverhampton railway station. 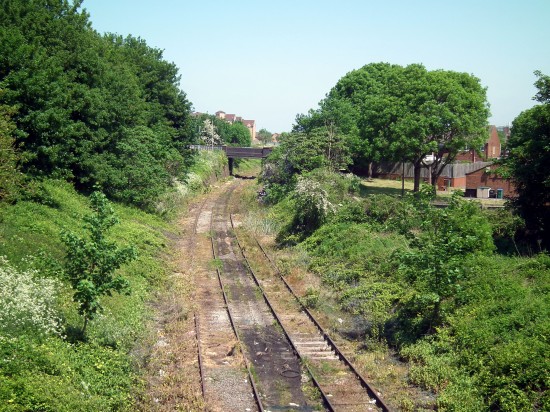 Initial survey works have taken place on the Brierley Hill line and over the next few years the section of abandoned rail route between Wednesbury and Dudley will be converted into a shiny new tramway, as Midland Metro progresses its new route. This view of the line, mothballed since 1993, is seen looking north-east from the bridge in Park Lane East, Dudley Port, on Wednesday 23rd May 2018. (Both Photographs by Mike Haddon)