In Pictures: Views from the Volk’s Electric Railway

Posted on Monday 4 June 2018 by Gareth Prior

Another story we have been covering over the past few months is that of the reopening of the Volk’s Electric Railway following the Saving Volk’s Project, aided by the Heritage Lottery Fund. Included in this funding was the cash to send three of the cars away to Alan Keef Ltd in Ross-on-Wye and these are now all back in Brighton albeit only 4 has so far carried fare paying passengers. In this pictorial we see some views taken on the line on Wednesday 23rd May. 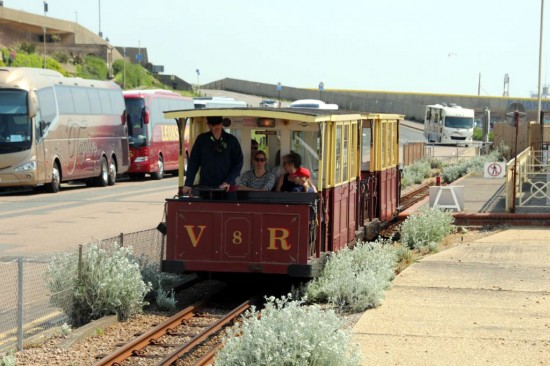 8 + 7 leave Black Rock with a service for Aquarium. These two haven’t enjoyed an overhaul but have been maintaining much of the service so far since reopening. 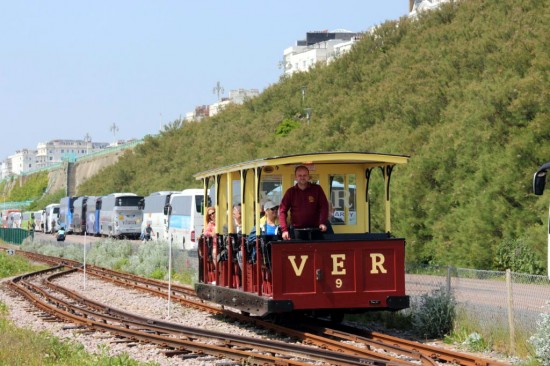 Car 9 runs through the passing loop between Peter Pan’s Playground / Halfway and Black Rock with a service from Aquarium. 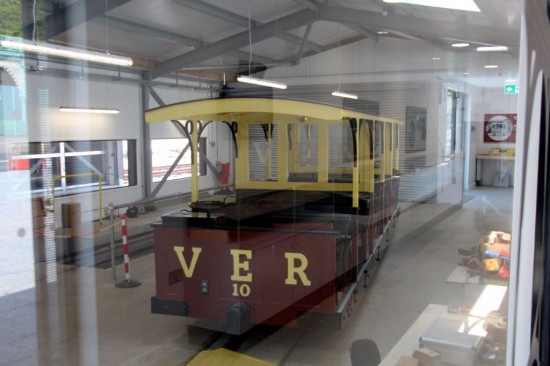 10 is seen inside the workshops/car shed where it is visible from the viewing gallery in the new building which is now open to the public. Car 6 is also visible on the far side, but cannot be photographed. I assume car 4 is behind these two. 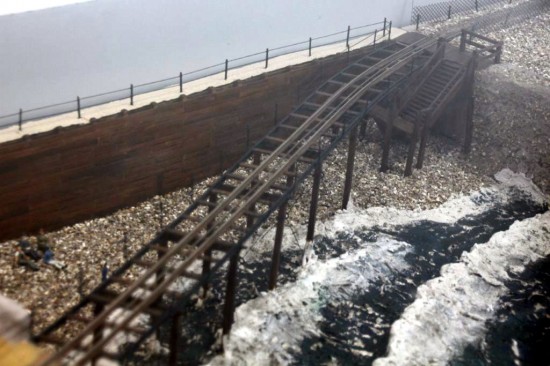 This shot shows the part of the model which represents the railway as originally built when it was extended from Peter Pans’ Playground to Black Rock. It still runs here but the area has now been completely buried in shingle – although the viaduct is still there. 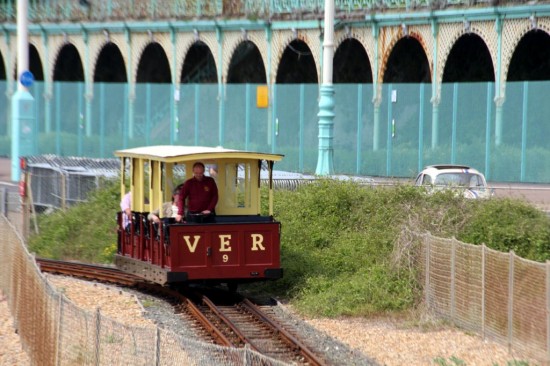 Car 9 rounds one of the bends between Aquarium and Peter Pans’ Playground with a service bound for Black Rock. The line originally ran alongside the Madeira Drive but was altered several years ago when the then Brighton Corporation built sand volley ball pitches and other facilities in the area. Car 9 is the one which has recently been restored by members of the Volks Electric Railway Association (VERA). 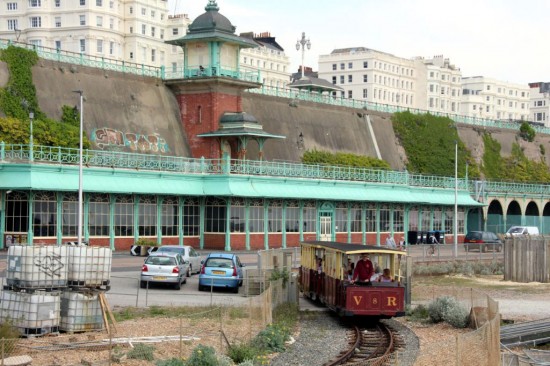 Cars 8 + 7 round one of the bends between Peter Pans’ Playground and Aquarium with a service from Black Rock. In the background can be seen the Victorian Lift which was built in 1890. Originally operated by pumping water it cost a halfpenny to use. Now its been modernised and has LED lights. (All Photographs by Tony Sullivan)