Posted on Thursday 19 April 2018 by Gareth Prior

Back to North Wales for another view of the Great Orme Tramway today as Picture in Time continues.

This photo was taken on 29th July 1996 and shows no. 5 on the final approach to Victoria station on the lower section of the line. By this time the trams had been painted in the now recognisable livery with full lining instead of the plainer livery we have seen earlier in this series. 5 remains in service today – along with the other three original passenger trams built for the line when it opened in 1902/1903 – and has always been used on the lower section down from Halfway to Victoria. 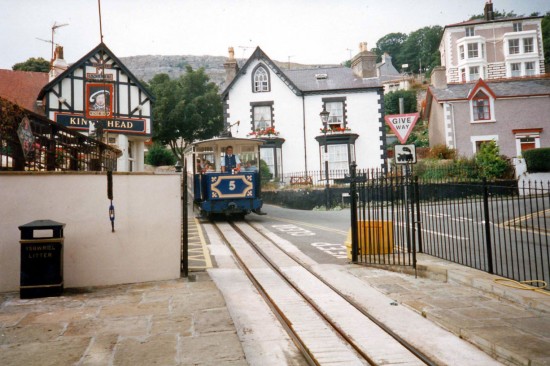