Beamish features once again as we continue our look at the trams which have operated on loan over the past 15 years. This time Beamish were the recipient as Blackpool Standard 147 visited for the best part of a year from Blackpool.

This was part of another tram swap with Marton Box 31 heading in the opposite direction. The first part of the swap was to see 147 leave Blackpool with the tram being loaded up on the last day of February 2016, which was 29th February as it was a leap year, and making the lengthy trip across to Beamish (the height of 147 not helping in this respect). A rapid commissioning process saw 147 enter service for the first time on 5th March 2016 and it proved to be a very useful member of the fleet with its enclosed nature certainly helping with the variable weather in the north east. 147 returned to Blackpool on 15th March 2017 and since its return has been undergoing attention ahead of its reentry into service. 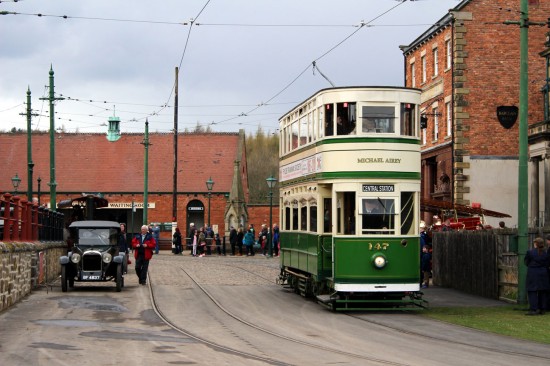 147 leaves the town at Beamish on 8th April 2016 passing a vintage car in the process. 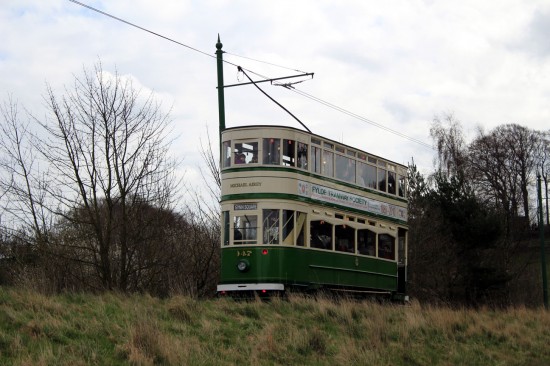 147 continues its trip around Beamish as it heads away from the camera. 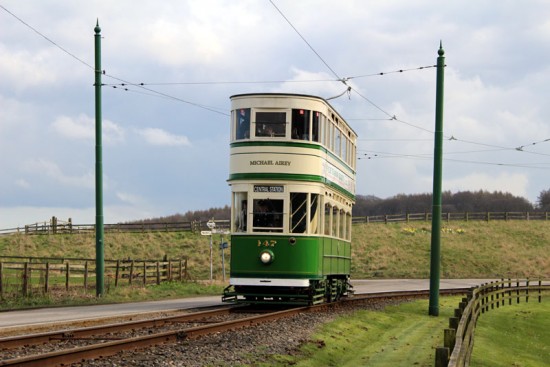 One final view of 147 on 9th April 2016 as it heads past the events field bound for the town. (All Photographs by Gareth Prior)