Posted on Wednesday 27 December 2017 by Gareth Prior

Throughout this series we have seen several trams which have made the trip from Heaton Park to Beamish but in this edition we feature a tram which made the opposite move – Oporto 196.

The loan of 196 to Heaton Park was actually part of a tram exchange with Leeds 6 (see earlier in this series) going to Beamish (for a much longer loan than expected and continuing well after 196’s return). 196 arrived in Manchester on 1st April 2010 and was used extensively at Heaton Park throughout the operating season before it returned to the north east at the start of November 2010. 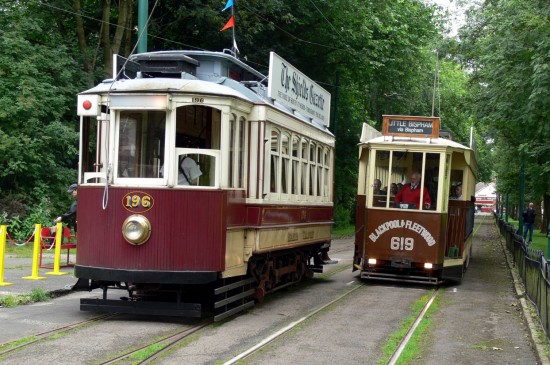 It’s easy to forget but when Oporto 196 was loaned to Heaton Park it carried the legend Beamish Tramways and was in the Maroon and Cream colours instead of the brighter South Shields livery seen today. In fact when you take a look at this photo both trams look different today. 196 is joined by Blackpool 619 outside Middleton Road Depot. 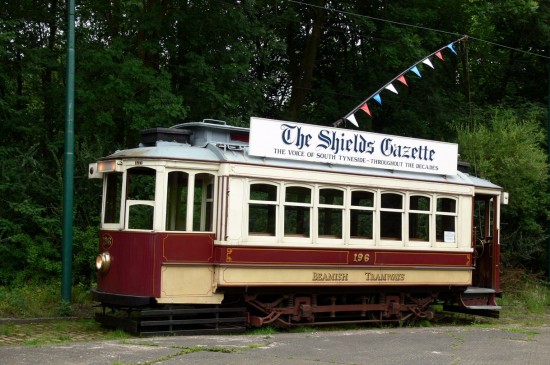 Another look at 196 as it poses on the track into the depot. (Both Photographs by Tony Waddington)