After 177 days trams are once again running all the way between Grand Central and Wolverhampton St George’s after the early completion of testing and commissioning along Bilston Road. Despite the first major snowfall of the winter the full service resumed at 0515 on Friday 8th December, two days ahead of the schedule released last month.

As we have reported extensively over the past (almost) six months Midland Metro services have been confined to the Grand Central to Priestfield section whilst all track was replaced along Bislton Road as far as The Royal. This project actually itself finished earlier than planned with the road being reopened to traffic from Saturday 2nd December allowing the start of testing and driver familirisation the following day. This testing saw trams continuing out of service beyond Priestfield and has obviously been a success allowing passengers to once again travel to Wolverhampton without having to change onto a bus.

The chance was also taken to install the junction for the Wolverhampton City Centre extension, which is due to leave the line shortly before the St George’s terminus and travel through to the Railway Station.

Phil Hewitt, Head of Metro Development for Transport for West Midlands, said: “This is fantastic news for Metro users and for Wolverhampton as it means services will resume into the heart of the city exactly in time for Christmas. These were essential maintenance works that had to be done and I would like to thank the Midland Metro Alliance and their contractors for their hard work in finishing ahead of schedule, and also the public for their patience during the works.” 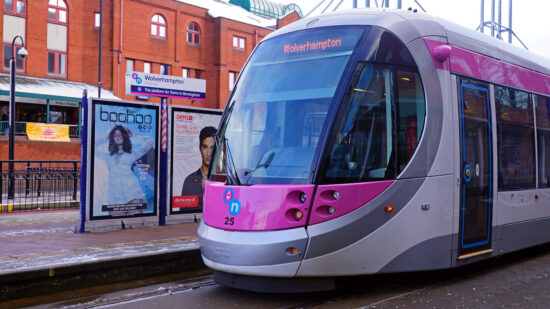 25 back at Wolverhampton St George’s on a snowy 8th December. 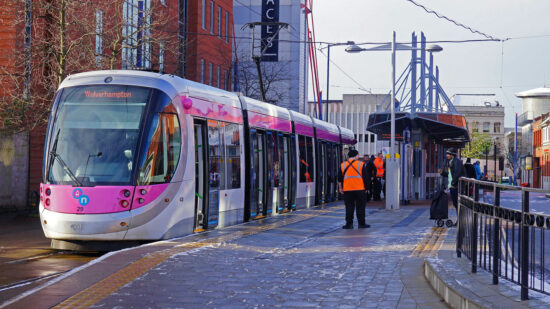 29 waits for departure at Wolverhampton St George’s. (Both Photographs by Andy Walters)