Posted on Wednesday 13 September 2017 by Gareth Prior

Whereas the other trams at the Seashore Trolley Museum which have featured recently in this Lost Trams series are stored with no prospect of a return to service this is not the case for the Blackpool representative in the collection – Standard 144.

Indeed as we reported earlier this year, 144 has recently been undergoing workshop attention to return it to service (which would lead to two Blackpool Standards being operational in the US following 48’s return to action in Oregon) and this has been continuing.

144 is currently stored again at the rear of one of the car barns but its condition is far better than that of the other UK trams, helped by the recent attention to the motors, wiring and wheel flanges. Attention is also now being diverted to the more cosmetic areas before it can be considered for a return to action. 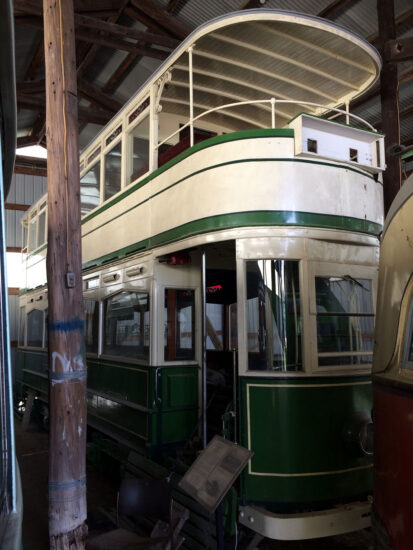