Posted on Monday 11 September 2017 by Gareth Prior

Another of the UK trams at the Seashore Trolley Museum in Maine is the only Scottish representative abroad – Glasgow Coronation 1274. As with Leeds 526 this tram is stored in the car barns at Seashore having never been used in service since arriving in September 1963.

Dating from 1940, 1274 remained in service until Glasgow Corporation Tramways closed in 1962. It was then donated by Glasgow Corporation to the Seashore Trolley Museum and left in 1963 for its new home. It has remained stored for the past 54 years and there seems little prospect of it being used at the museum which has a very large collection of trams.

We last featured this tram back in October 2013 and the comparison of the two photos shows very little has changed with it stored as the very back of a car barn although on first appearances the body does seem in a better condition than that of the Feltham. 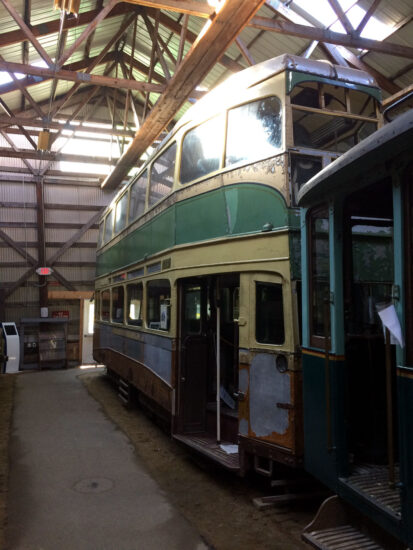