Posted on Saturday 9 September 2017 by Gareth Prior

Today Picture in Time heads to Nottingham for another archive image of Nottingham Express Transit, this time dating from 2005.

The second of the Incentro trams to be built by Bombardier across the East Midlands at Derby 202 was actually the first to arrive at the new Wilkinson Street Depot with it being delivered in October 2002. Entering service with the rest of the fleet in March 2004 202 was named D H Lawrence and has carried varieties of the NET fleet livery ever since. 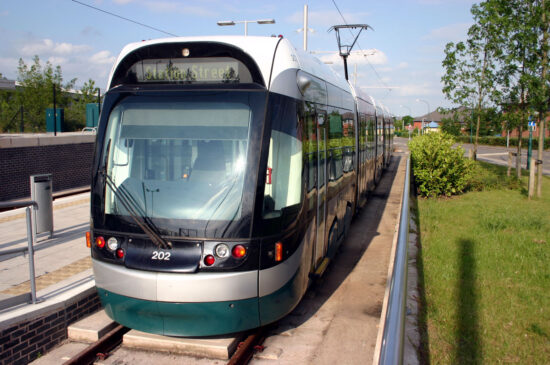 And then the following day we see 202 at Station Street with the tram running on the Hucknall service. 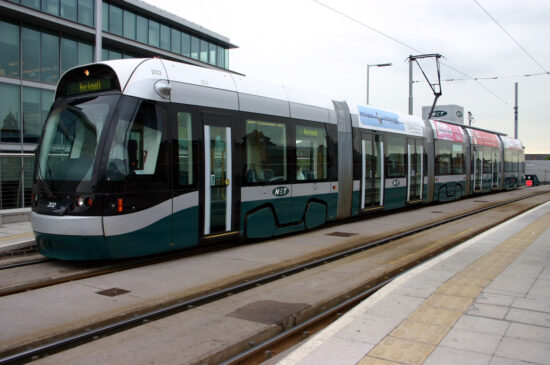