The major redevelopment at the Seaton Tramway which will see the terminus replaced with a more modern facility allowing visitors to take a trip back in time to the Victorian era Colyton station is edging closer with preparations underway for a temporary stop at Riverside Depot from the start of October.

Although no specific publicity has yet been revealed by the tramway the website states that from Sunday 1st October all trams will only run between Riverside Depot and Colyton with passengers conveyed from the current Seaton terminus to the depot by vintage bus. Normal fares will be in place for passengers with the added bonus of a behind the scenes depot tour, giving the chance to see all trams in the fleet including those not in service. Throughout the line closure period the orange timetable will be in use which sees trams every 30 minutes between 1000 and 1800. This is due to run every day of October (except for 30th) before The Polar Express specials run in December and finally the yellow timetable (as the orange timetable but ending one hour earlier) between Christmas and New Year. It is planned that the work at Seaton will be completed in time for a grand opening at Easter 2018. 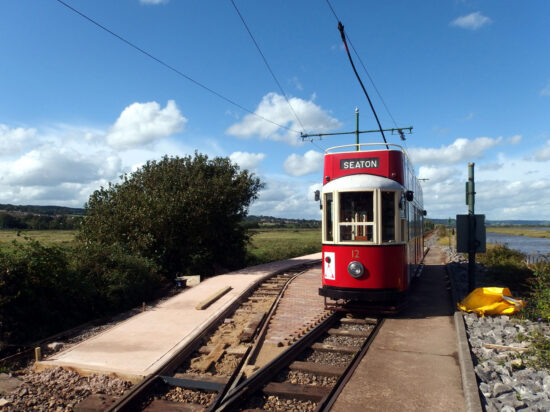 The siding at Riverside has been removed to allow for a paved area to be constructed as passengers will be boarding and alighting here. Paving is also being installed between the tracks making this a far more visitor friendly area. 12 completes the scene. 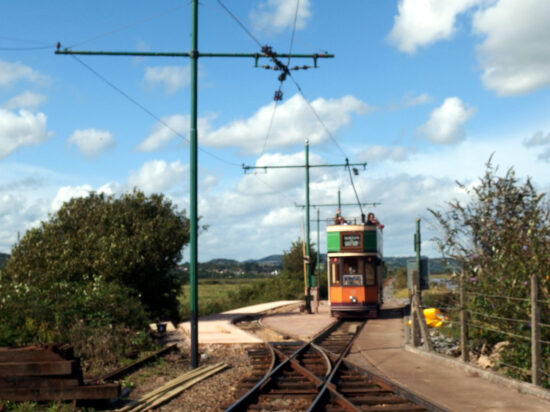 Another view at Riverside from the depot entrance. 10 is the tram included this time. 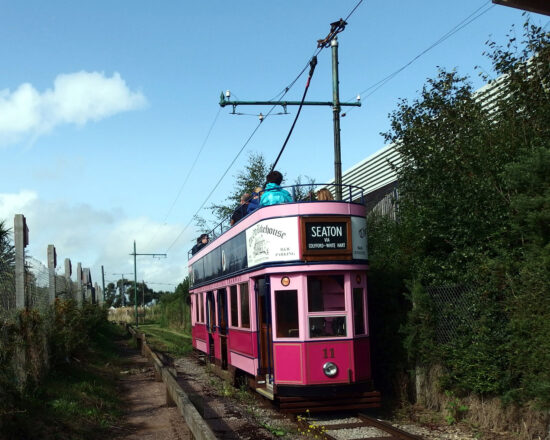 For several months trams will not run along the section of track to Seaton terminus. 11 is seen here approaching Windy Corner. 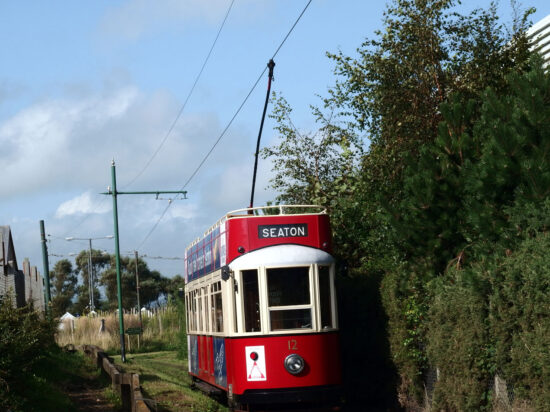 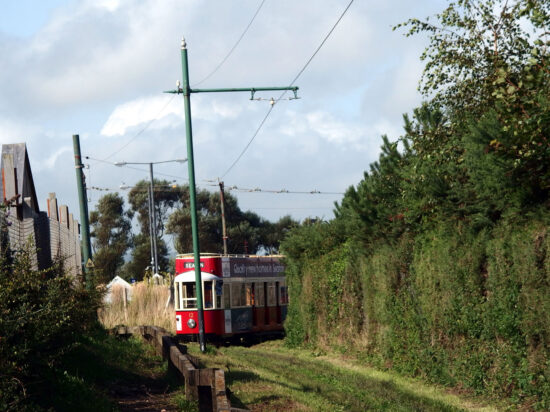 Another view of 12 as it goes around Windy Corner. 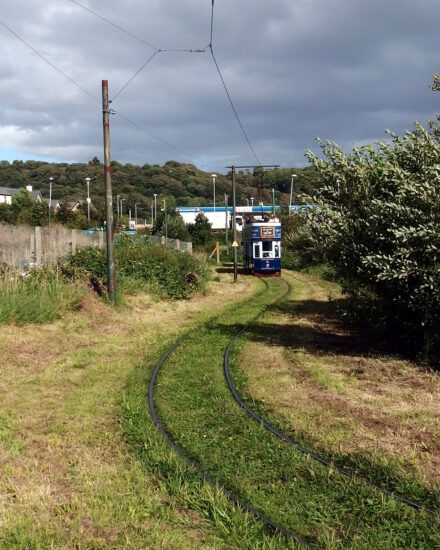 9 at Windy Corner with the Tesco Petrol Station providing the backdrop. (All Photographs by Keith Chadbourne with permission of Seaton Tramway)