In Pictures: Leeds 345 goes to war

Posted on Saturday 12 August 2017 by Gareth Prior

The tram was in use in this temporary look on the first day of the event and was joined by Glasgow 22, Blackpool 40, Leeds 399 and Liverpool 869 in operating the service. As normally with these events there was also plenty else going on to keep visitors busy including the usual re-enactors as the museum goes back to the 1940s. 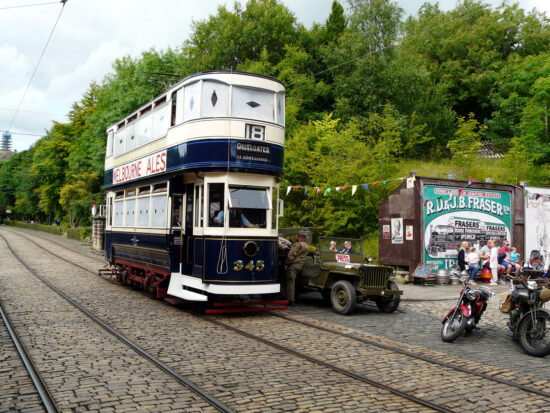 Leeds 345 passes a jeep apparently in use by the press as it heads down past The Red Lion with its wartime alterations show to good effect. 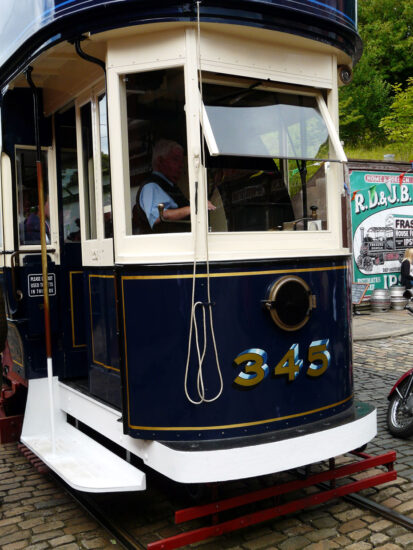 A close-up of the fresh white paint and headlamp hoods. (Both Photographs by Gordon Burch/Crich Tramway Village)