In Pictures: The Great Exhibition Hall at Crich

As has been reported recently on British Trams Online, there has been a good deal of tram shunting at Crich Tramway Village recently, with a number of the static collection moved around in order to make space inside the Exhibition Hall for Bournemouth 85, which is due to arrive at Crich later this year. Thanks to regular volunteer – and TMS President for the year ahead – Andy Bailey, we can now share some pictures showing various trams in their new positions.

Most of the shunting took place on 22nd July with a number of trams being moved up by a road – a task that sounds simple, but as there are no overhead wires in the Exhibition Hall and the trams are not serviceable, all of them had to be towed in and out. This also required extensive use of the traverser, creating further interest for the lucky visitors who happened to be at the museum on this day. It is believed that the positioning of the trams is something of a work in progress, so further shunting could well take place in the coming weeks and months, with some of the trams likely to need moving again to get Bournemouth 85 into its new home. However, with a section of rail specially laid for this narrow-gauge car, the museum is clearly close to being ready to welcome its newest addition and its arrival looks set to be one of the highlights of the year for Crich. 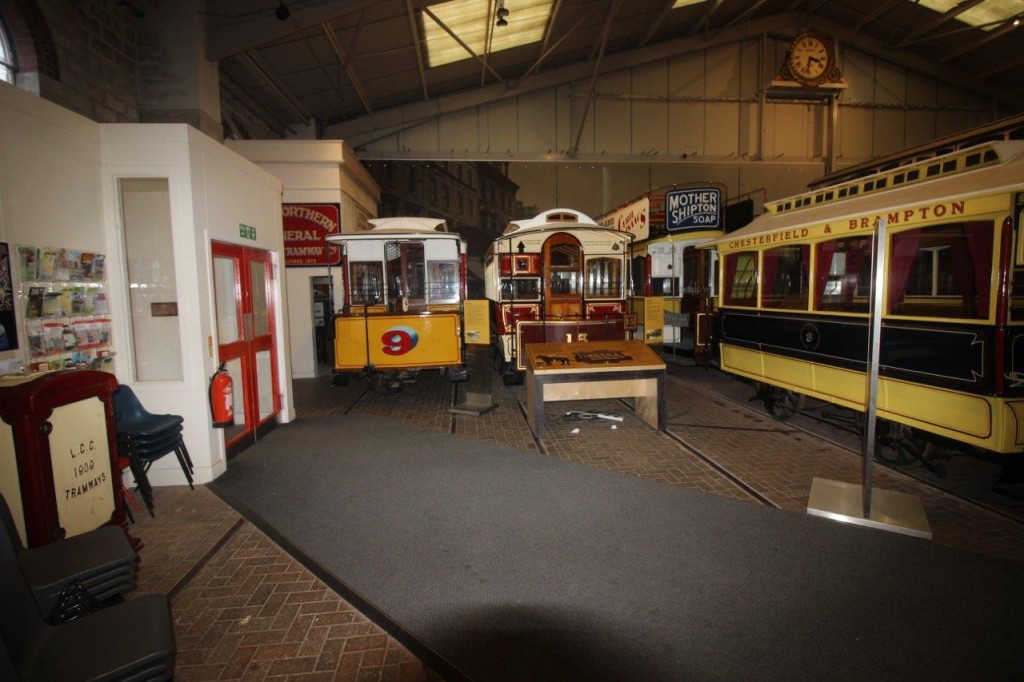 The horse trams in the Exhibition Hall have all been moved up by one road with Oporto 9 now right up against the entrance. Also visible in this scene are Sheffield 15, Leeds 107 and Chesterfield 8. 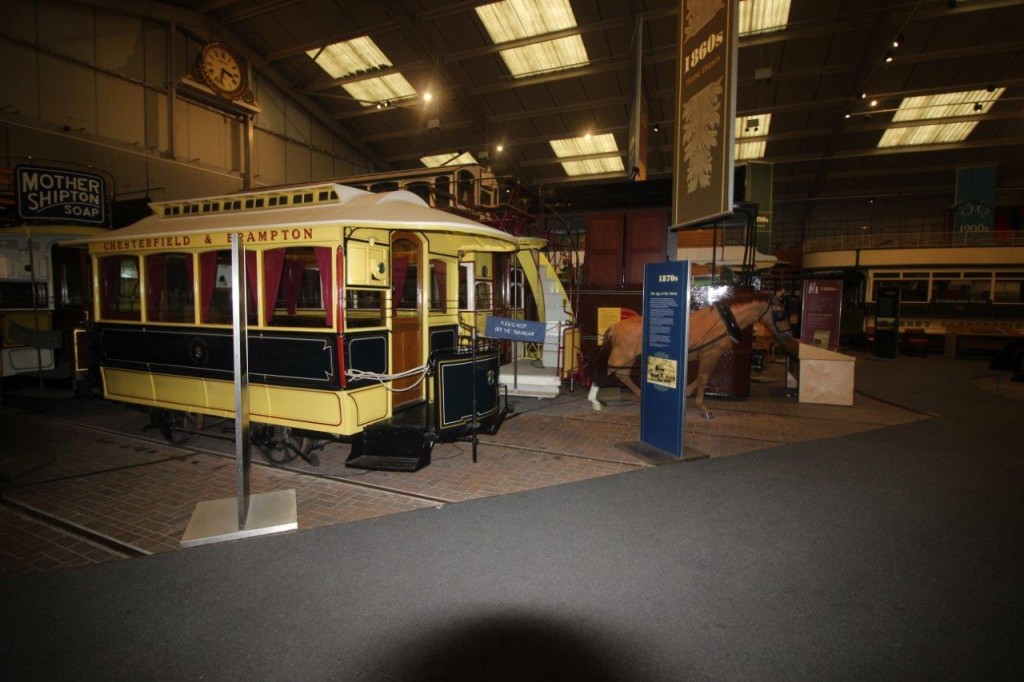 Another look at the horse car display with Chesterfield 8 in the foreground and the dummy horse now 'pulling' Cardiff 21. 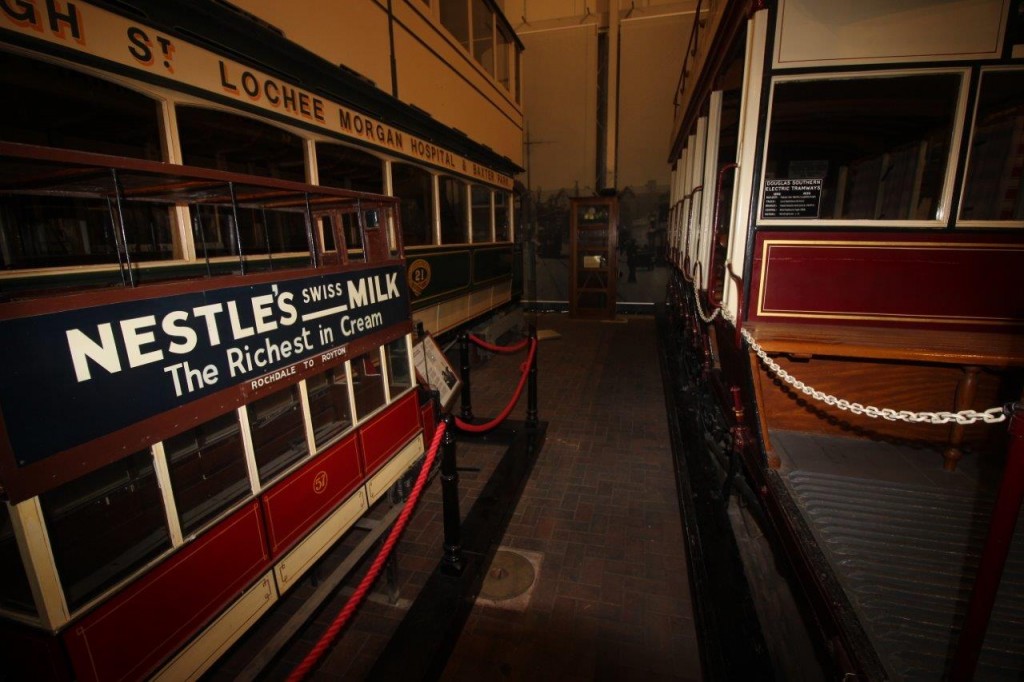 The steam tram and trailer have also moved slightly nearer to the entrance door. This side view shows Dundee 21 and Douglas 1 - with a model steam tram trailer next to the real one! 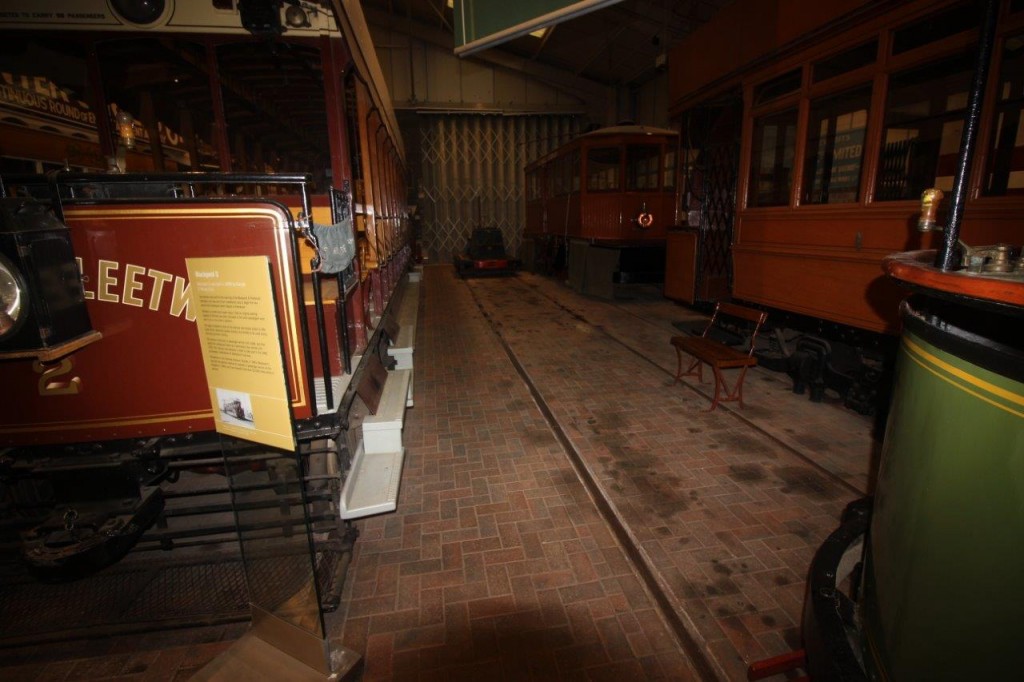 Blackpool & Fleetwood 2 has also moved up by a road. The space it vacated has been partially filled by diesel engine Rupert which remains present in the Exhibition Hall due to a lack of space elsewhere! Other trams visible here are Brussels snow broom 96, Hill of Howth 10 and Derby 1. (All photos by Andrew Bailey)

1 Response to In Pictures: The Great Exhibition Hall at Crich