Just one day after some of the trams in the Exhibition Hall at Crich Tramway Village were moved around to make space for the future arrival of Bournemouth 85, there was even more shunting of some non-operational trams on Sunday 23rd July. This time the purpose was to enable cleaning of two trams whilst a third was also moved outside to allow access to them.

On this day all of the trams on depot road 12 – which is generally used to store withdrawn cars as it is only accessible by the traverser – were moved out. This was to allow two of them, Johannesburg 60 and Glasgow 1282, to be cleaned. A third, London Transport 1622, was blocking both in and was placed on the depot fan for a while to enable the others to be brought out. By the end of the day the trio had all bee returned to the depot, but with 1282 at the front whereas it was previously stabled at the back.

Both Jo’burg 60 and Glasgow 1282 last operated in 2012. 60 was withdrawn at the end of that season due to concerns about its mechanical condition, although it also requires new seats. 1282 had last been in regular use some time earlier, but was reinstated for just one weekend to mark the 50th anniversary of Glasgow’s last tram. In order to be returned to the operating fleet on a full-time basis this most attractive car requires a major overhaul, likely to include a full re-wire and bogie repairs as well as significant and costly body work. Some fundraising has already been done by Scottish enthusiasts but much more money will be required before the tram can be put through the works. As for London Transport 1622, this car last ran as recently as November 2016 and is merely stored out of service awaiting a slot in the workshop for a bogie overhaul and other work to be returned to use.

Whilst it is sad that both 60 and 1282, two former workhorses of the Crich fleet, have been inactive for so long, it is pleasing to see them getting some TLC and both trams now look much better for a relatively small effort to help preserve their appearance. 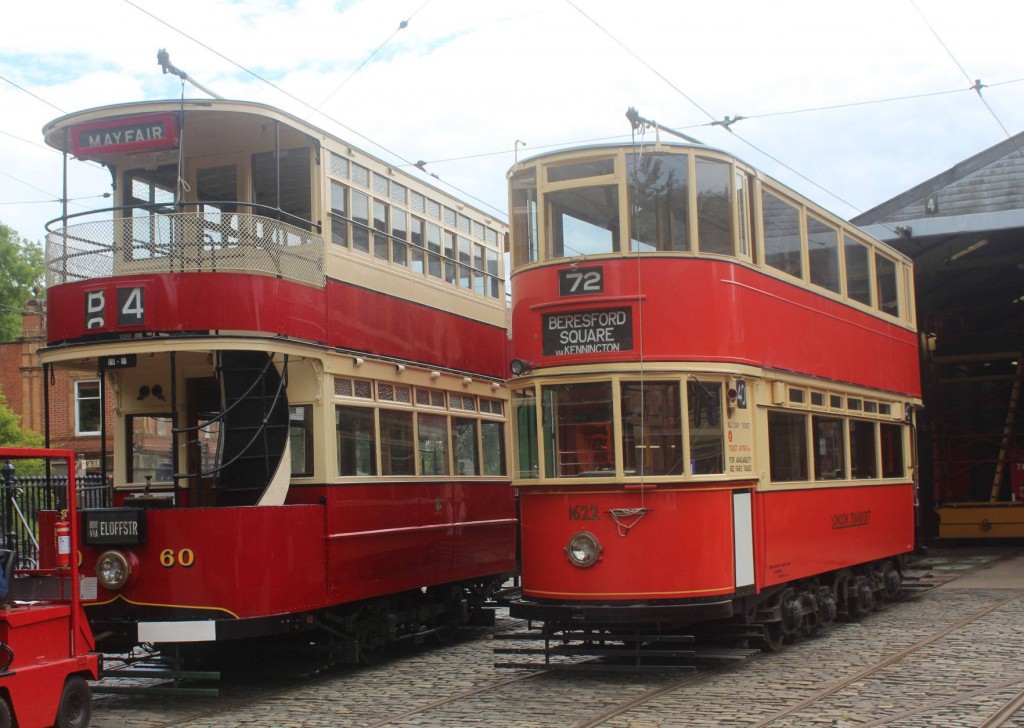 Two red trams on the depot fan at Crich - Johannesburg 60 and London 1622 - with the latter having been moved so that the former could be given a wash. 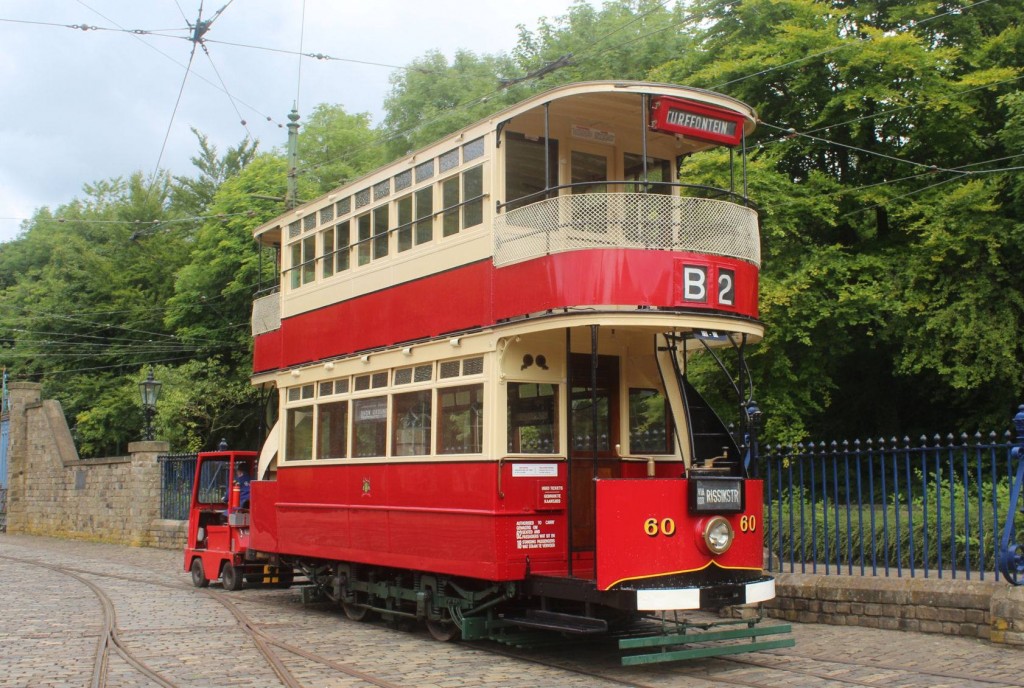 The simple but smart livery of 60 is shown to good effect as it is shunted on 23rd July. 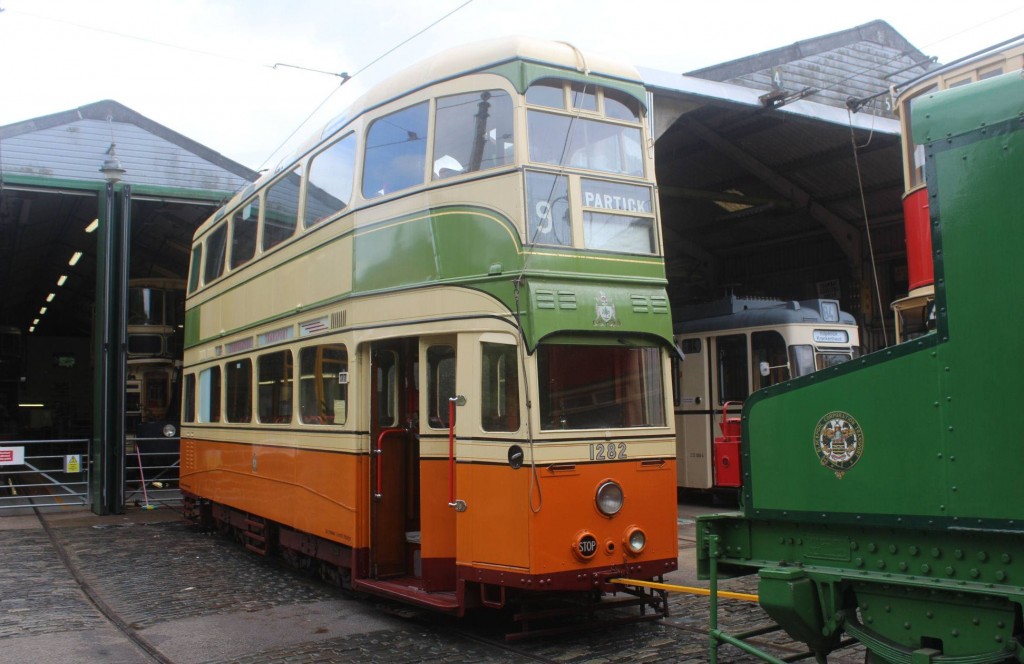 Glasgow 1282 is moved towards the workshop for cleaning. 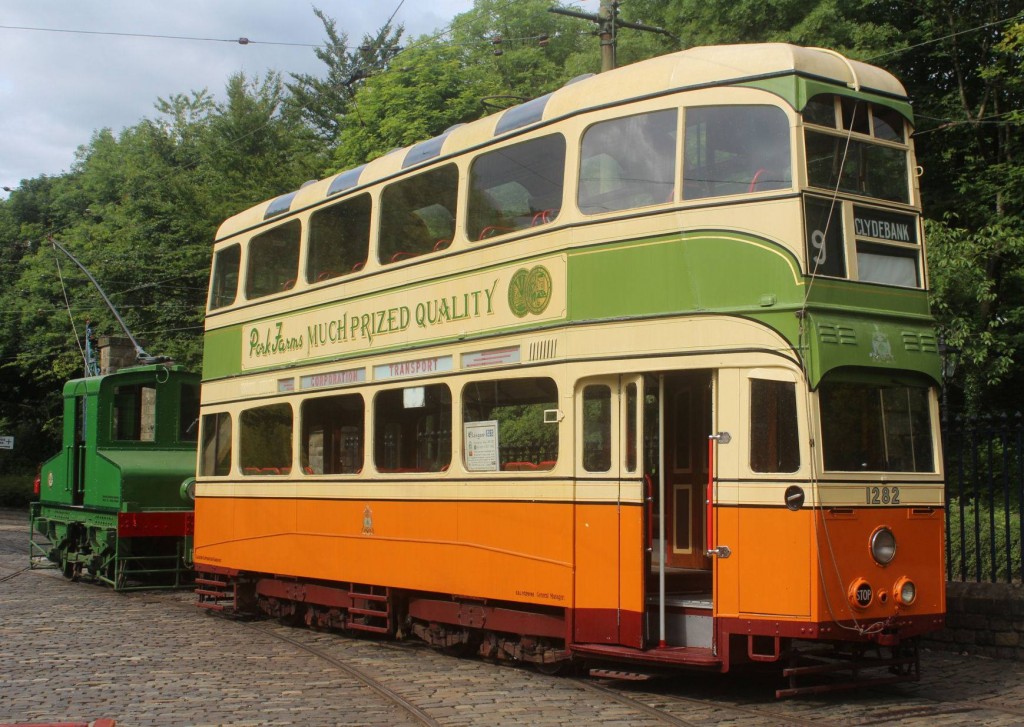 The impressive shape of a Glasgow Coronation car is shown off in the sunshine as 1282 is moved back towards the depot. 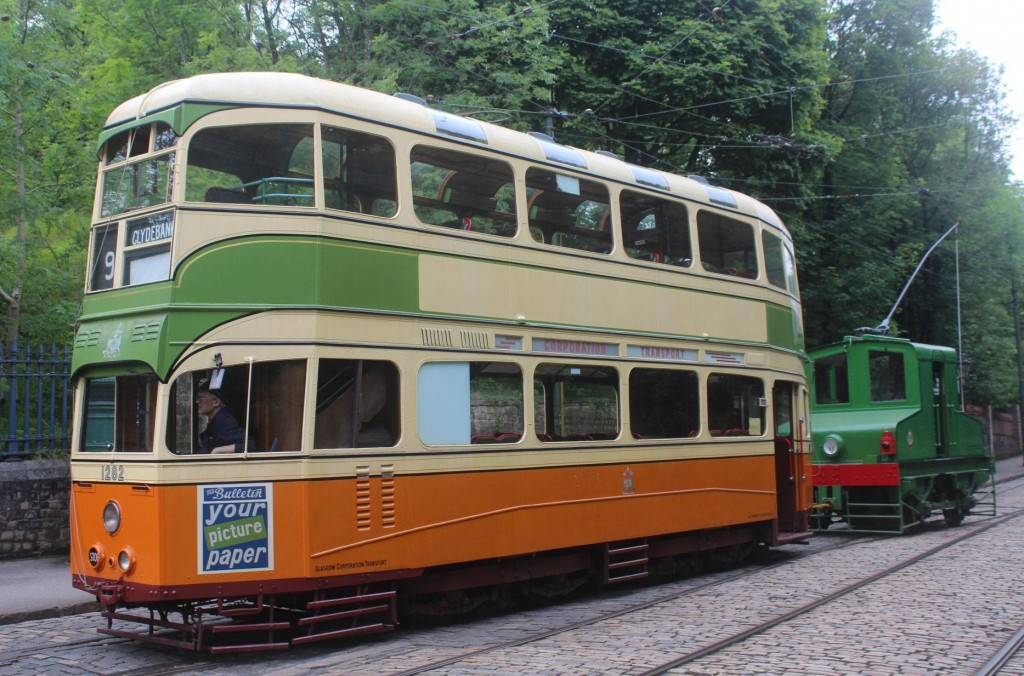 A taste of the main line for Glasgow 1282 as it is shunted back into position by the Blackpool electric loco. (All photos by Peter Whiteley)

1 Response to In Pictures: Summer shunting at Crich – Part 2!