Any enthusiasts visiting Crich Tramway Village on Saturday 22nd July were treated to the sight of some very unusual trams being moved in and out of the Exhibition Hall. The display is being re-organised to make space for the imminent arrival of Bournemouth 85 which involved some of the trams being shunted onto the traverser and moved onto different tracks.

Two trams which were moved during the afternoon were Douglas Head Marine Drive 1 and Blackpool Conduit car 4 – the two oldest electric trams in the national collection. First the Manx car was moved outside and placed on the track behind the Exhibition Hall, rare territory indeed for most trams let alone one which rarely comes outside. Then it was the turn of Blackpool 4 to come outside. Presumably DHMD 1 was placed out of the way so that 4 could move onto a different track inside the Exhibition Hall before it, keeping the trams in a rough chronological order illustrating the development of UK tramcar design, as befits the role of the exhibition. It is thought that the steam tram engine and trailer, John Bull and Dundee 21 have also been moved, possibly along with some of the horse cars, judging by what we can see in the pictures that have been provided.

If anyone is able to provide more details about the movements of various elusive trams on 22nd July and what is where now, we would be interested to hear from you so please post a comment below or get in touch! 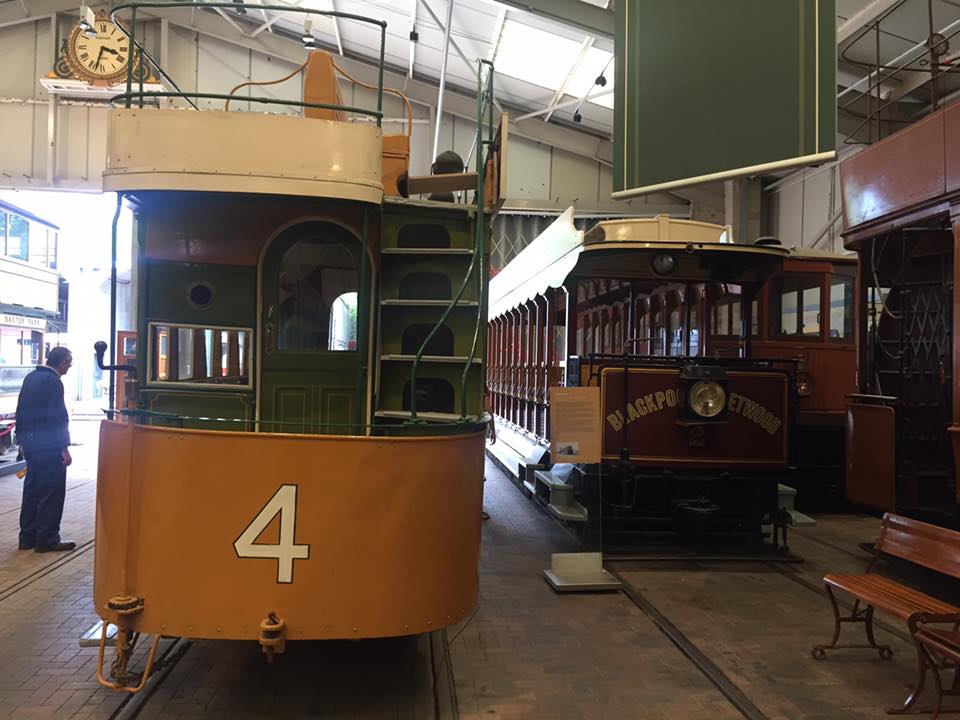 A peek inside the Exhibition Hall part way through the shunting on 22nd July reveals two Blackpool trams: Conduit 4 and B&F 'Rack' 2. 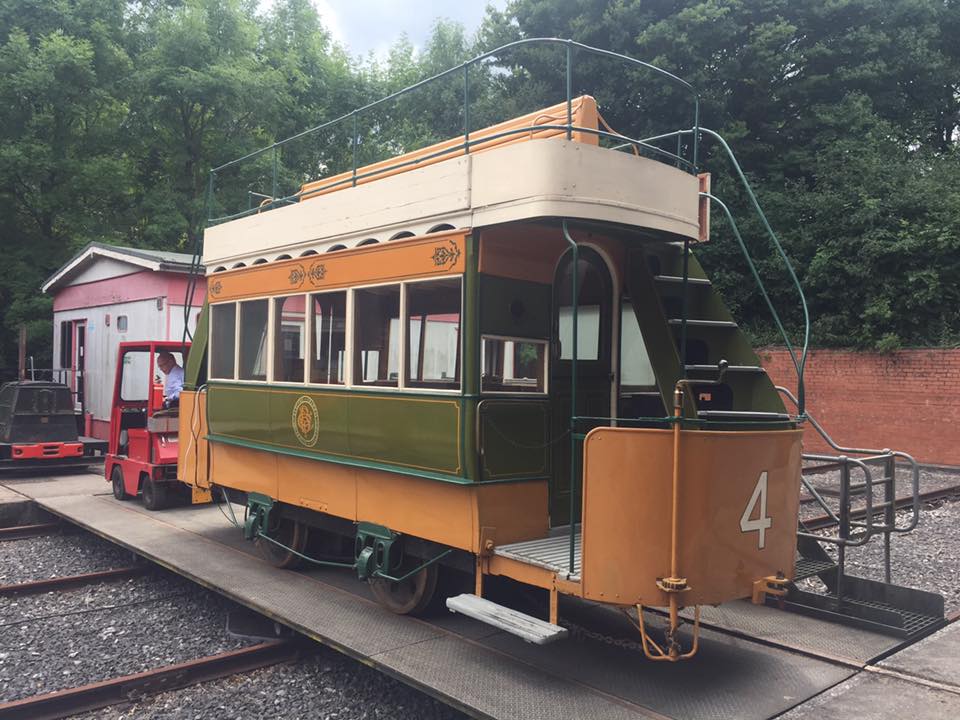 We now see Blackpool 4 being pulled into the open air by the electric tug. 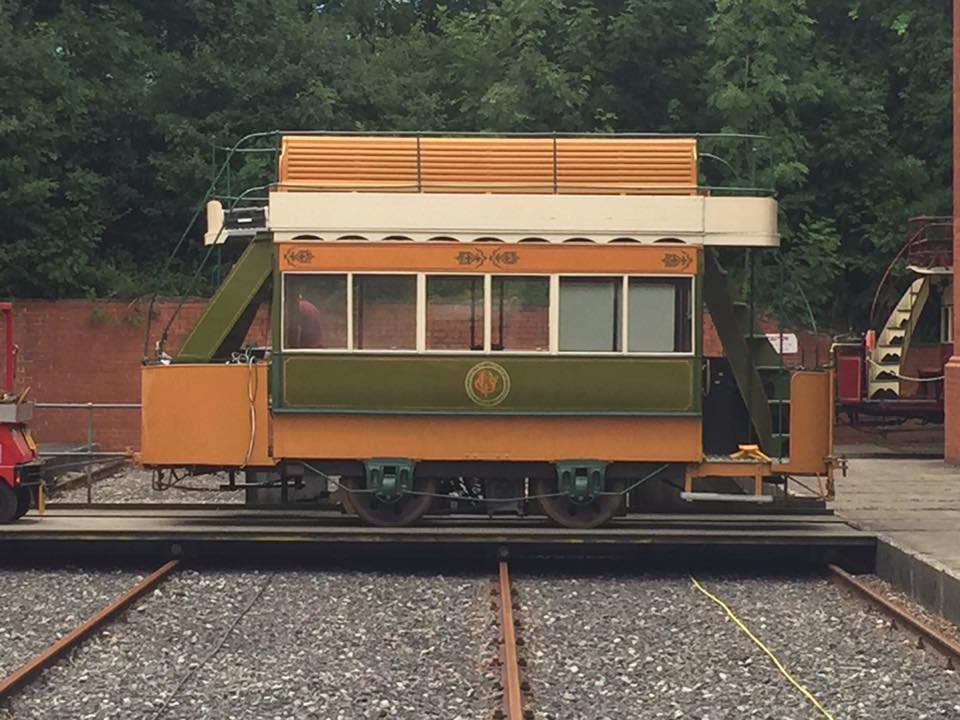 Another view of Blackpool 4 on the traverser with a cheeky glimpse of Douglas 1 hiding behind the Exhibition Hall! 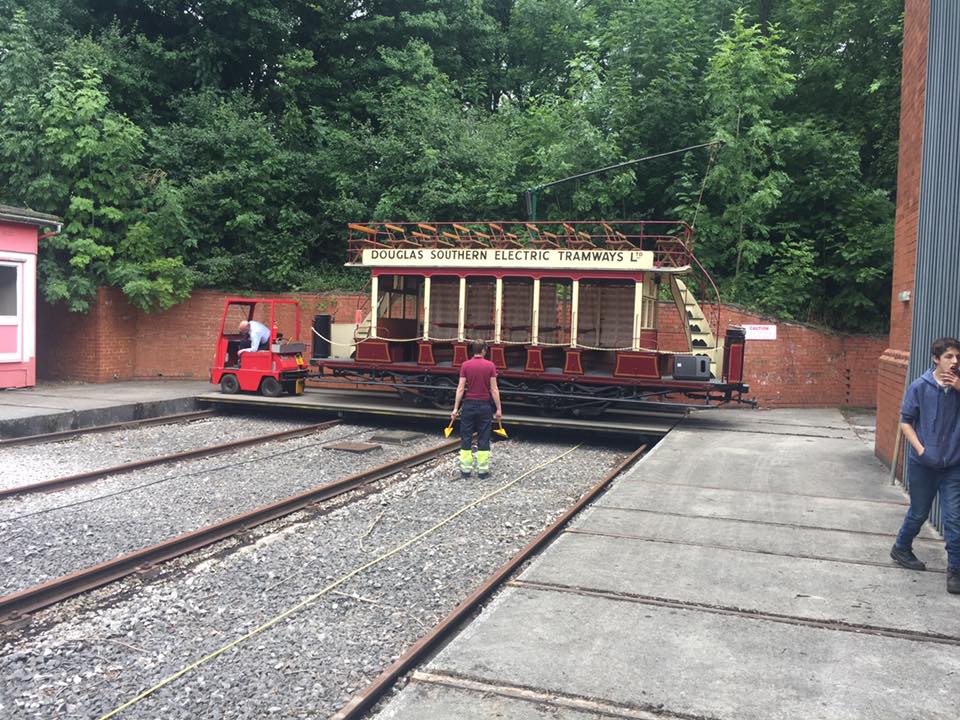 Douglas Head Marine Drive 1 is coaxed back onto the traverser so it can be returned to the Exhibition Hall. (All photos by Liam Standring)