Posted on Wednesday 31 May 2017 by Gareth Prior

We reported at the end of last week about the derailment of Nottingham Express Transit 235 in Old Market Square as it used the crossover to head back towards the railway station. Further details of what caused the rear of the tram have not been released but reports have suggested that the RAIB do not deem it a serious enough incident to launch a full investigation. David Beardsell was in Nottingham following the derailment and has provided us with these photos. 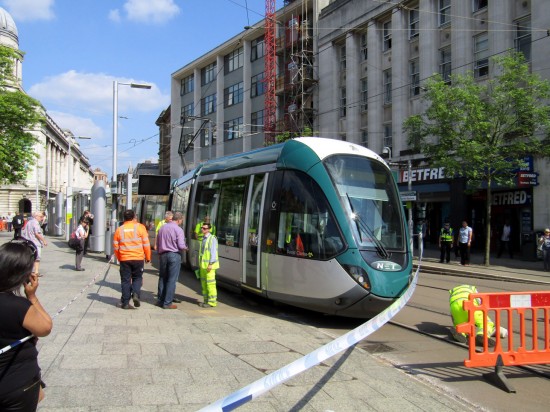 The aftermath of the derailment as 235 rests alongside the Old Market Square platform. 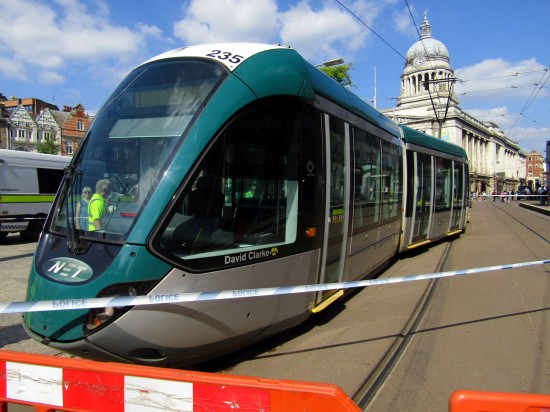 The other side of 235 shows how far off the tracks the rear sections of the tram has gone. 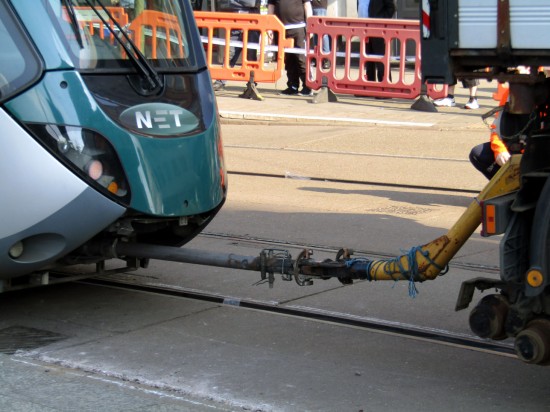 Nottingham Express Transit’s own Unimog is attached to 235 as attempts are made to rerail the tram. 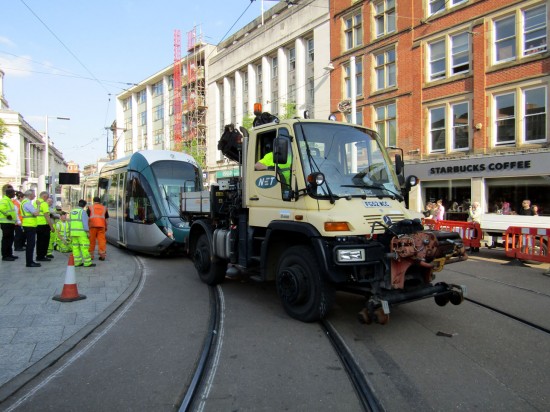 Rarely photographed on these pages is the Unimog, seen here in all its glory coupled to 235 as engineers survey the scene. 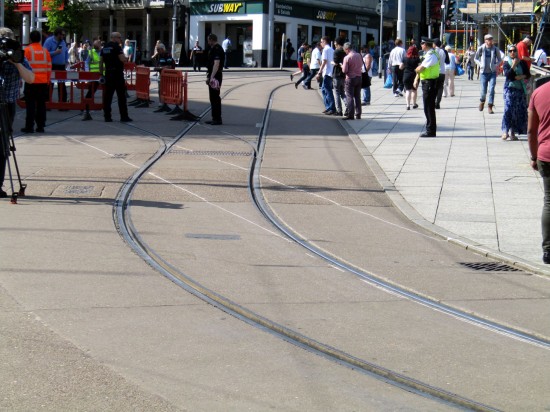 The path taken by the derailed section is plain to see in this view. 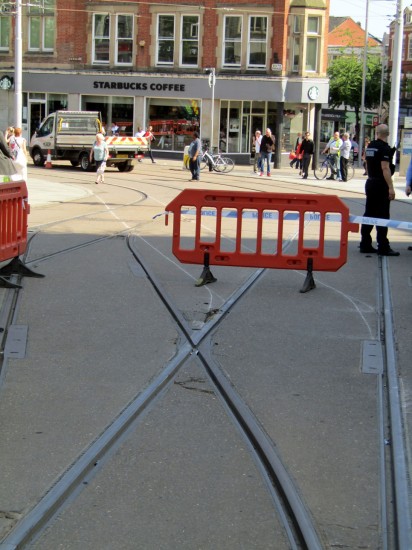 Another view of the derailment marks on the paved section. (All Photographs by David Beardsell)