The Lancastrian Transport Trust have begun to remove their remaining trams from the Rigby Road tram depot in Blackpool, with former Permanent Way Brush car 259 becoming the first departure of the month on the afternoon of Tuesday 4th September. The sorry-looking tram was loaded up in the usual location alongside the Fitting Shop and duly headed for a temporary storage site.

The relationship between Blackpool Transport and the Lancastrian Transport Trust has deteriorated badly in recent months for a whole host of other reasons. Whilst other organisations who had bought redundant Blackpool trams arranged to remove their purchases, the LTT sought an extension on the previously agreed deadline, with local politicians and the press being dragged into the battle to keep the trams at Rigby Road. For some time now, BTS have charged the charity a rent fee for the continued storage of their vehicles, but this looks set to end as the Trust are expected to move all of their trams imminently.

259 started the ball rolling on September 4th when it was loaded up, although for once Scott’s Heavy Haulage were not the contracted haulier on this occasion. This particular tram was donated to the LTT some years ago having been withdrawn following many years of use by the Council’s tramway maintenance gang, being regularly paired with the rail-mounted crane 260. Although visibly in a very poor condition, 259 has retained some of its original features which have been lost on its sisters, such as sliding platform doors and twin destination screens (although these have been panelled over at one end), making it a good candidate for a future restoration scheme. Some work was actually carried out on the tram a few years ago, including cleaning of its underframe which revealed the structure to be in a surprisingly condition, but it has subsequently joined a number of Trust projects as being started and then seemingly forgotten about, as more easily achievable jobs were prioritised. The removal of all side panels to carry out the aforementioned work has left 259 looking very sorry for itself.

It is understood that the tram has been moved to outside storage, following a late change of plan. It is soon expected to be joined by the other five LTT cars still at Rigby Road – these being OMO 8, Coronation 304, Brush car 632 and Balloons 704 and 715 – and at least some of these trams should be on display to the public during the next LTT depot open day on Sunday 9th September. 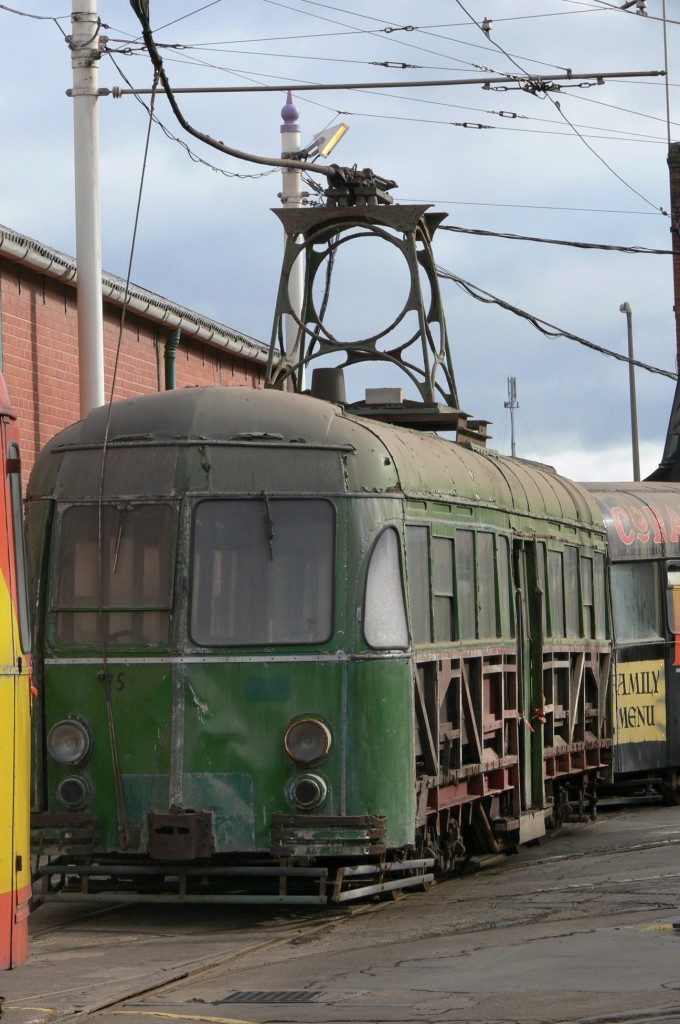 Car 259 seen outside the tram depot during a shunt move on 24th September 2010, when it was propelled by sister car 627, now on display near Pleasure Beach. Although the bodywork is understood to be quite sound, it can be seen that a huge amount of work will be required to return this tram to a presentable condition. (Photo by Andrew Waddington)