In today’s edition of Picture in Time we take a trip to the capital for an image from the Docklands Light Railway.

In this photo we are at Tower Gateway station – the original terminus of the first DLR lines opened in 1987 – and we see another of the Class B92 units arriving with a service which will soon reverse and head back to Beckton. The unit in question this time is no. 77 which will have at least one further unit coupled to it to provide the required capacity on the line out to Beckton travelling via Poplar. 77 is carrying the more modern mainly red livery although since this time it has received another livery modification with black ends now applied. Also on the left can be seen a class 357 EMU operating for C2C, it too is reaching the end of its journey with Fenchurch Street station behind the cameraman. The date of this image was 11th May 2008. 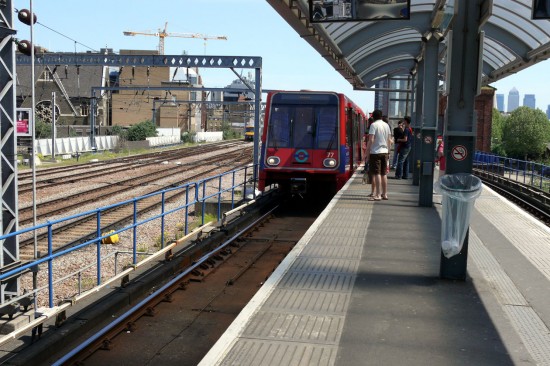