In Pictures: Edinburgh Trams – just because

A system which we haven’t featured pictorially for a while is Edinburgh Trams so, with thanks to John Hampton, we bring you a small selection of photos showing the line it its full glory doing just what it was designed for – transporting people around the Scottish capital. 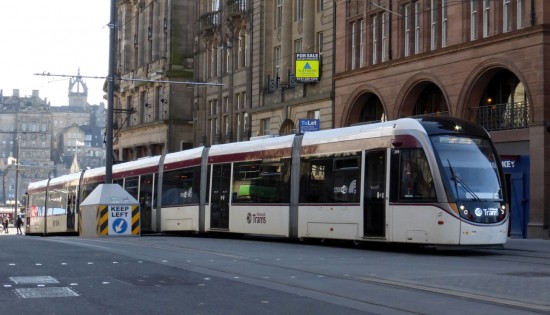 Tram 269 climbs South St Andrew Street approaching the St Andrew Square tram stop. It is passing a temporary centre pole which replaces the span wire which was removed to allow work to take place on a building to which it was previously attached. 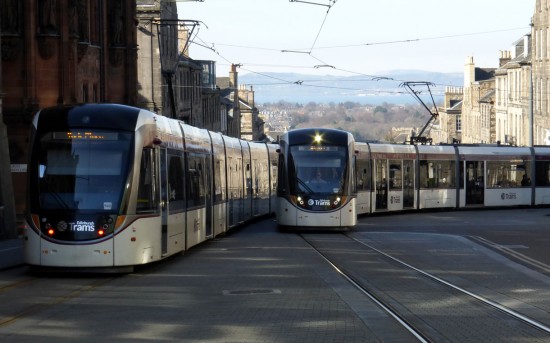 Two unidentified trams pass on the curve between North St Andrew Street and York Place. A common sight since the service frequency was increased to a tram every seven minutes. 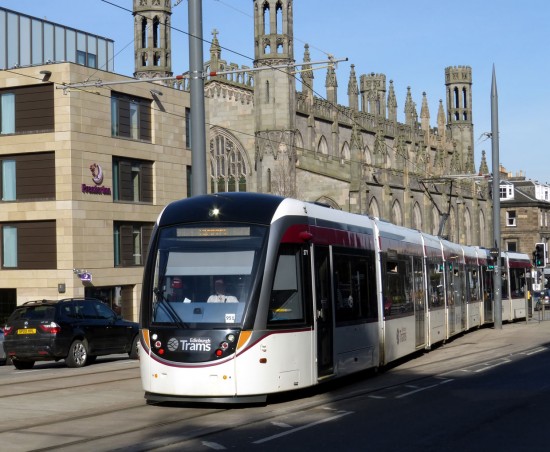 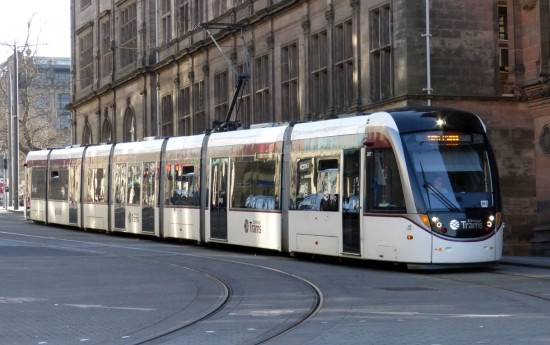 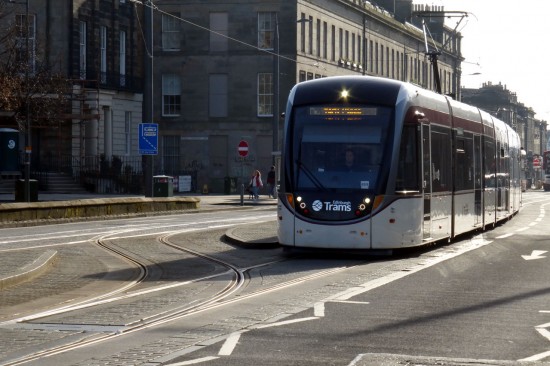 A shot in Shandwick Place of tram 273 bound for York Place and about to pass through the trailing crossover as it approaches West End tram stop. 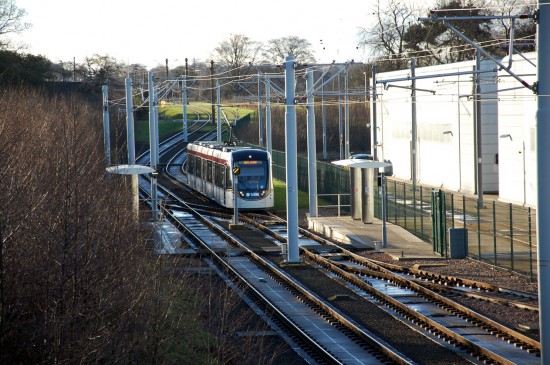 Tram 266 approaches the depot stop which is no longer in regular use. All crew changes now take place at the new Edinburgh Gateway tram stop, about 200 metres further east. (All Photographs by John Hampton)