Posted on Monday 12 December 2016 by Gareth Prior

The UK’s newest tram stop opened to the public on Sunday 11th December with the first trams calling at Edinburgh Gateway as expected. The new tram stop is provided between Gogarburn and Gyle Centre and features two platforms with full canopies unlike the small shelters provided on most of the rest of the network.

Edinburgh Gateway is a true transport interchange with a railway station also provided on site to be served by trains on the Fife Circle line. Part of the reason for providing the interchange is to give easier access to Edinburgh Airport for passengers from Fife and the north of Scotland who will now just have a quick change onto tram for a short journey instead of having to worry about either getting into Edinburgh or travelling by bus.

Lea Harrison, Edinburgh Trams General Manager, said: “This is an important milestone for our network. We’re all about providing fast, reliable and seamless public transport options and the opening of the Gateway stop will be a real boost for our customers.”

This is the first new stop to open on Edinburgh Trams since opening in May 2014 but will hopefully be the prelude to more expansion in the future. 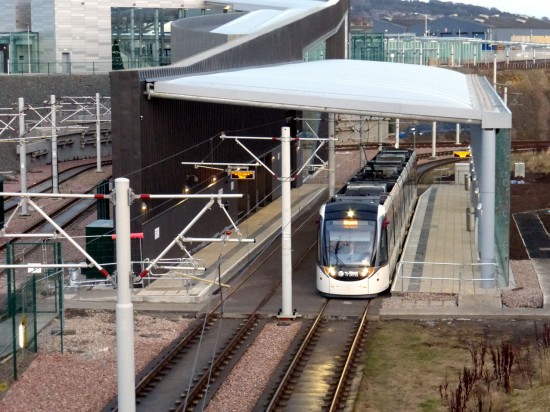 The newest stop on Britain's tramways is the £41m Edinburgh Gateway Tram/Train Interchange. It was officially opened by the Transport Minister for Scotland, Humza Yousaf MSP, on 10 December and then opened for public use on the following day. The photo shows an unidentified tram at the new stop enroute to Airport with the new Station across the upper part of the picture. The link to the Station is in the brown clad building. There is a pedestrian link passing under the A8 to the Gyle shopping centre. 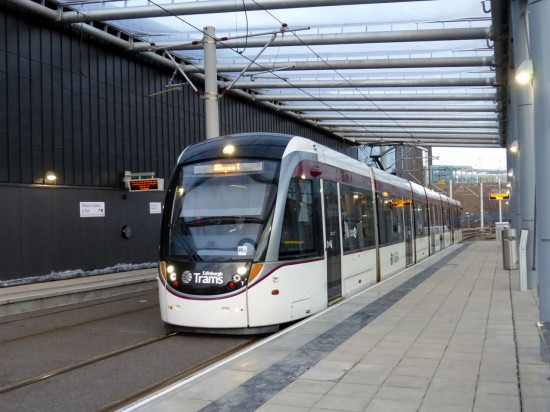 Tram 251 standing in the new tramstop bound for Airport. 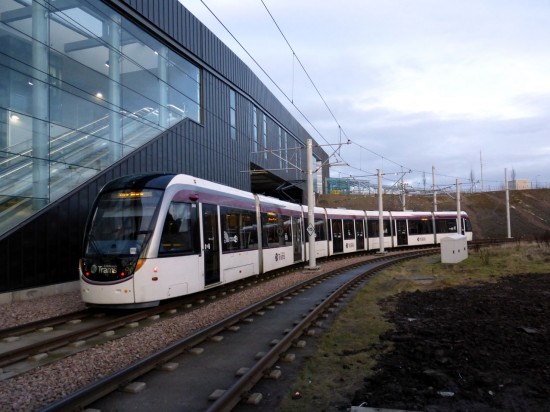 Tram 268 bound for York Place leaving Edinburgh Gateway. The escalators leading to the Station are on the left. 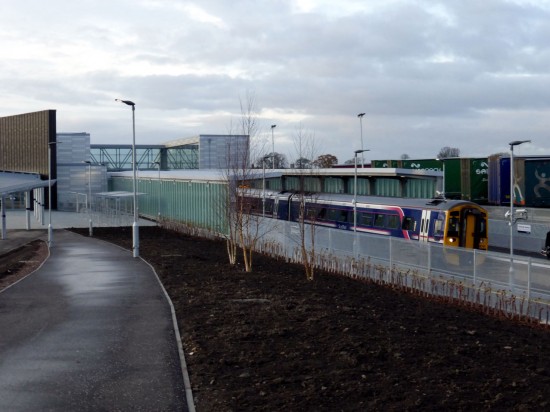 A DMU leaving the Station and heading for Edinburgh Waverley. (Photographs x4 by John Hampton) 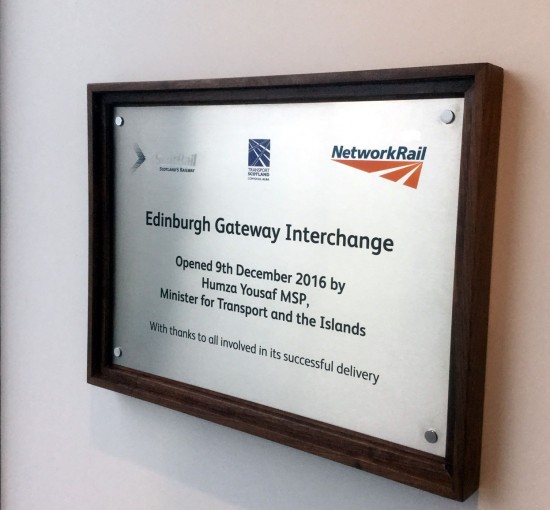 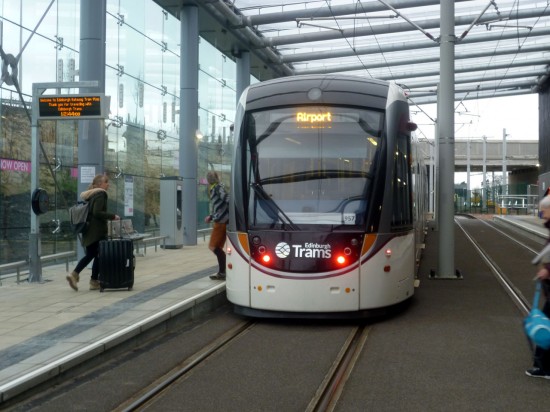 6. An unidentified tram calls at the new stop on its way to the Airport. (Photographs x2 by Roy Calderwood)