Posted on Wednesday 30 November 2016 by Gareth Prior

Late in 2015 one of the stalwarts of the tram fleet at the Summerlee Museum of Scottish Industrial Life, Glasgow 1017, had to be withdrawn from service with a fractured axle box leaving Dusseldorf 392 to provide the majority of services along the short operating fleet. Now after the completion of repairs 1017 has returned to service which will allow the German tram to take a well earned break.

Following the withdrawal of 1017 a full survey of the tram took place which identified several major issues which would also need attention before the tram could be returned to action. Initial attempts to source a replacement axle box proved to be fruitless so the decision had to be made to contract a manufacturer to make the new castings for the Brill 21E truck and whilst this was done members of the Summerlee Transport Group turned their attention to other items of the tram. The motors were removed and completely rebuilt with components either being repaired or replaced as necessary. Several other issues were identified which eventually required more manufacturing time to allow suppliers or members to manufacture new parts of repair components. Some longstanding issues with the bodywork and controllers were also attended to. With the body and truck being reunited some further body and mechanical repairs took place and following the completion of painting work 1017 was cleared for a return to service.

1017 is now planned to operate the festive service at Summerlee and its return will now allow for hard working Dusseldorf 392 to be taken out of service for a rest and overhaul. 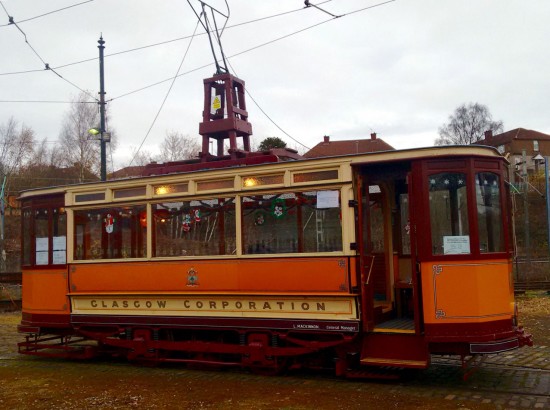 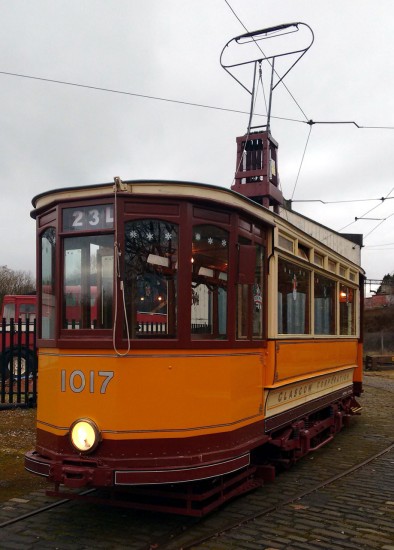 Glasgow 1017 sits outside the depot at Summerlee showing off its festive decorations. (Both Photographs by David Craig)

1 Response to Glasgow 1017 returns to service