Posted on Saturday 19 November 2016 by Gareth Prior

In this edition of Picture in Time we head back to 1992 and the newly opened Manchester Metrolink system for a duo of images of T68 1004, a tram which arrived in the UK on 27th November 1991.

1004 has already featured in the Picture in Time series so we don’t need to go through its entire history again but the tram entered service on day one of operation on 6th April 1992 before becoming the second of the class to be withdrawn from service on 16th May 2012. It has since been scrapped having left Manchester on 25th April 2014 for Booths in Rotherham.

Our first image shows 1004 as it passes through a location which today is the home to Shudehill tramstop and bus station but on 27th April 1992 was still very much undeveloped. Indeed take a look at Manchester in this view 24 years ago and it is a very different place showing how much progress has been made. 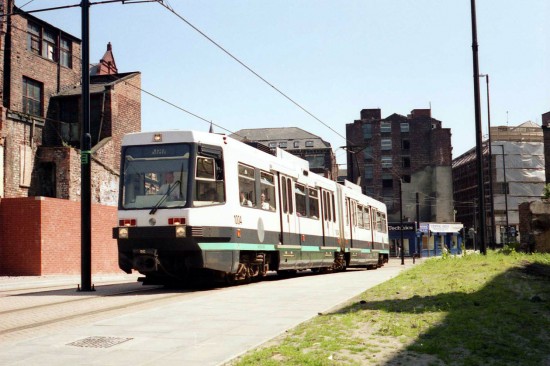 In the second photo we head further back into the city centre as 1004 heads off to G-Mex – at this stage the terminus of the line towards Altrincham which wasn’t to open until June. The tram is passing through Piccadilly Gardens, another location much changed in the intervening years, with tracks to Piccadilly Gardens stop to the right. 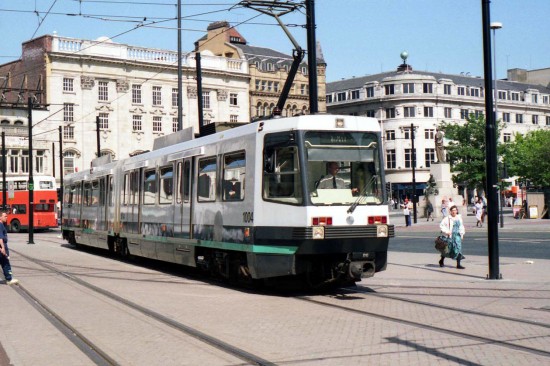