On Sunday 24th October the Branch Line Society visited the Crich Tramway Village with the aim of covering as much track as possible – which included some very rare moves not normally enjoyed by passengers when visiting the museum. Leeds 399 was the tram chosen for this special working.

The day started at 1000 when 399 left depot running wrong line down to the Town End terminus and was stabled at the south end of the west siding. With passengers now on board the tram left Town End at 1045 for Glory Mine. Once at Glory Mine the tram was shunted into the rarely used siding and a 10 minute break here allowed many of the tour participants to walk the short extension of the stub.

It was then back to Town End (this time using the east siding) before 399 headed north again this time with the intention of returning to the depot. With the Croydon Tramlink KLV moved out of the way 399 proceeded down each of roads 1-6 of the depot and on road 2 the depot doors were opened enabling the tram to proceed into the depot. The tram was then stabled on the centre siding of the depot fan allowing members of the Branch Line Society to take a break.

After the break it was time for 399 to leave the depot as far as the head shunt just outside the gates and then the tram returned to the depot fan where it went into the depot on road 7 (all the way to end) and then roads 8-11 were also negotiated. The depot was entered again on road 11 before 399 was positioned onto the Traverser. It is very unusual for passengers to be able to travel on board on a tram sideways but that it exactly what happened as the Traverser moved as far as it would go before returning to allow 399 to run onto the rarely used track in front of the Exhibition Hall as far as the entrance to the Children’s play area. Back to the Traverser and onto road 11 the tour then left depot using the depot crossover to return to Town End.

It sounds like an action packed day – who knew there was so much rare track at Crich?!

Thanks to Gordon Burch for the information contained within this article. 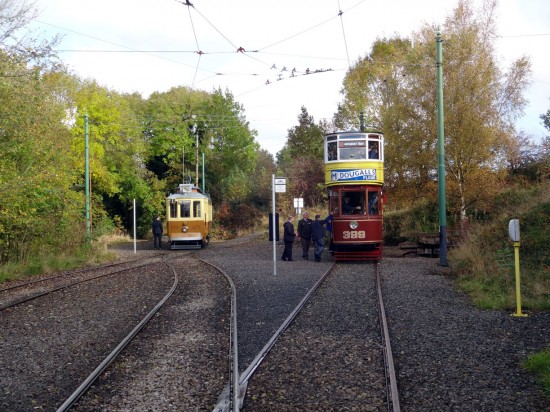 399 sits in the siding at Glory Mine as Oporto 273 performs the regular service tram move. 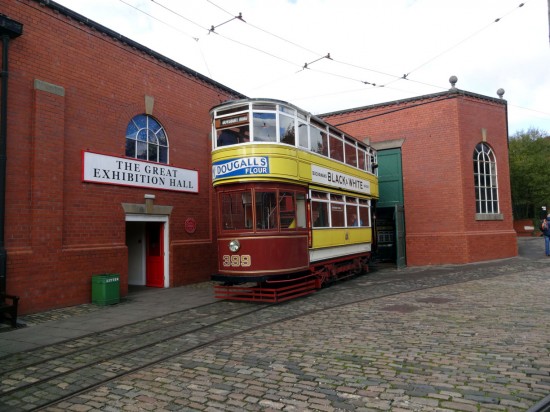 399 stands in front of the play area during its tour. (Both Photographs Mike Crabtree, courtesy of Crich Tramway Village)