Posted on Saturday 17 September 2016 by Gareth Prior

Well a Coal Tram to Beamish anyway! The latest acquisition for the tram fleet at Beamish – Oporto Coal Tram C65 – has now arrived at its new home following its transfer from Crich. C65 was spotted outside the depot at Beamish on Friday 16th September having completed its road trip from Crich earlier in the week.

As reported earlier this week no sooner had C65 played its starring role at Tram Day on Saturday 10th September than the familiar sight of a low loader from Scotts arrived at the home of the National Tramway Museum on Monday 12th September. With the tram loaded it began its journey to the north east where it is to join the tram fleet and will in the future be used for the driver experiences offered at Beamish relieving some of the pressure off the passenger trams which have fulfilled this role up to now. C65 will require workshop attention before running at Beamish and at this stage it is not known when it may be used in anger for the first time. But in the meantime it is getting used to its new surroundings and provides another excellent example of the good relationships enjoyed between the UK’s tram museums. 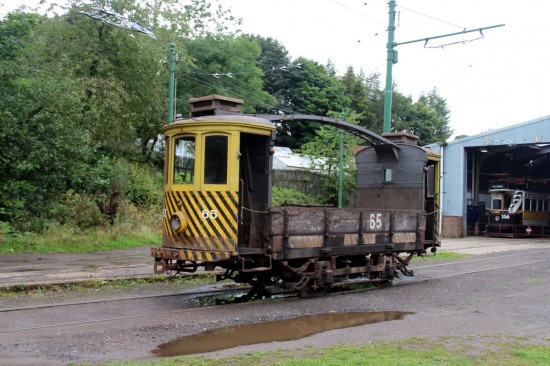 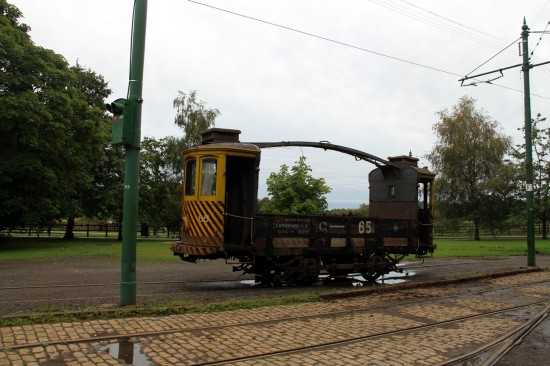 C65 outside the depot at Beamish on 16th September. (Both Photographs by Kevin James)