The acceleration of the departure of the remaining withdrawn Midland Metro T69s from Wednesbury Depot has continued with the latest tram to leave on the back of a lorry being 03. Once again a low loader from Allelys was in town on Friday 11th March to collect the tram which had been withdrawn as long ago as December 2013.

It had been expected that 10 would be the next to leave but a change of plan saw 03 prepared for departure instead with the tram moved onto the departure road in time for the low loader to arrive early on Friday 11th March. With the loading process now a smooth operation 03 was on the back of the lorry by mid morning leaving Wednesbury for the last time around 1123.

03 carried the standard fleet livery and had originally arrived in Birmingham during June 1998 and received the name Ray Lewis in April 2004. It was the third of the class to be withdrawn (following on from 01 and 02) and of those trams still at the depot was the one which had been out of service the longest.

Just six T69s now remain at Wednesbury and they are now all stabled on the one track which means unless some serious shunting takes place 10 will the next to make the move to Long Marston. 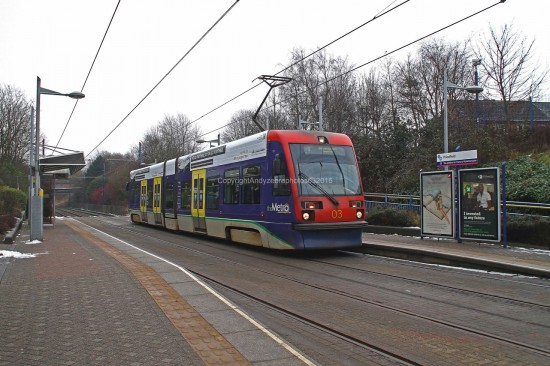 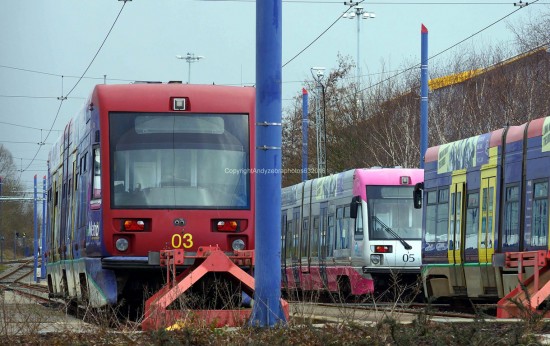 03 stands at the depot at the start of March 2016 waiting for departure. 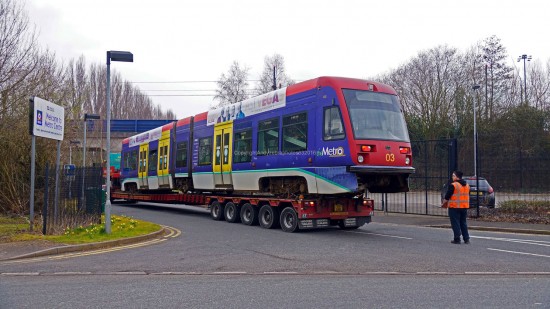 03 backs out of Wednesbury Depot. 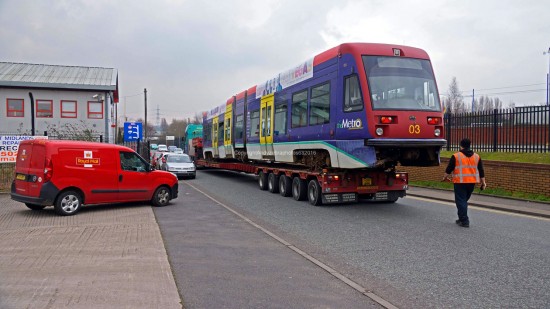 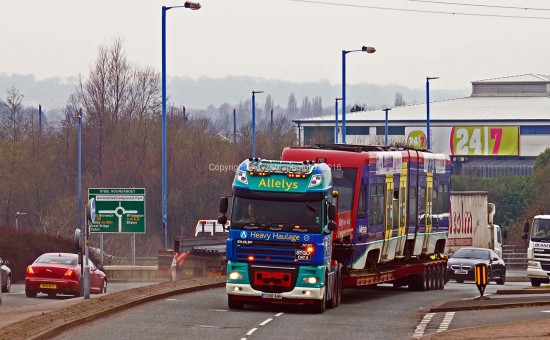 And 03 is off to Long Marston leaving Wednesbury behind. (All Photographs by Andy Walters)