To mark Tourism Week in Blackpool, the town’s heritage trams have been enjoying a bumper period of activity with a period of daily operation on heritage tour duties commencing on Saturday 5th March. Normally the traditional fleet would still have been in hibernation at this point but, having already appeared for two well-received ‘gold’ event weekends, the basic ‘blue’ service provision has now returned to operate every weekend until the end of the illuminations.

In addition to the weekend service, the Tourism Week saw Blackpool’s heritage trams run daily to showcase this unique attraction to the public. Unfortunately – but not all that surprisingly considering the time of year – these trips were not very well patronised, although the efforts made to include the heritage trams in this event was a welcome one all the same. The service provided was identical to that which ran last summer, with two trams running between Pleasure Beach and North Pier every twenty minutes (less often at times to allow for crew breaks), bolstered by extra journeys to Cabin.

The output across this week was not exactly inspiring, with the ever-reliable workhorse Balloon 717 used on eight consecutive days: a remarkable feat which may well have been its longest period of sustained daily use since the light rail upgrade? 717 was joined in traffic on each day by either sister car 715 or Brush Railcoach 631, the former being favoured at weekends whilst 631 ran on four consecutive days, beginning on Monday 7th March. It is believed that Railcoach 680 had been considered for use on this date but ongoing problems with its transponders conspired to keep it in the depot. One extra bit of interest was provided by Fleetwood Box 40 which performed a special tour to Fleetwood on Wednesday 9th March as a tie-in event with Harry Ramsdens fish restaurant, and this was very well supported.

This week brought back some memories of the trial season of 2012 for the heritage tour operation, when a poor summer led to 631 and 717 spending many days trundling along the promenade virtually empty – how far we have come since then! For a start, 631 has since shed its tatty advert vinyls for a more pleasing green and cream livery, but more importantly the number of customers has increased significantly. Whilst the past week may not have been the greatest triumph, to even be in a position to consider running heritage cars midweek pre-Easter speaks volumes about the much improved position Blackpool Heritage Tram Tours now find themselves in! 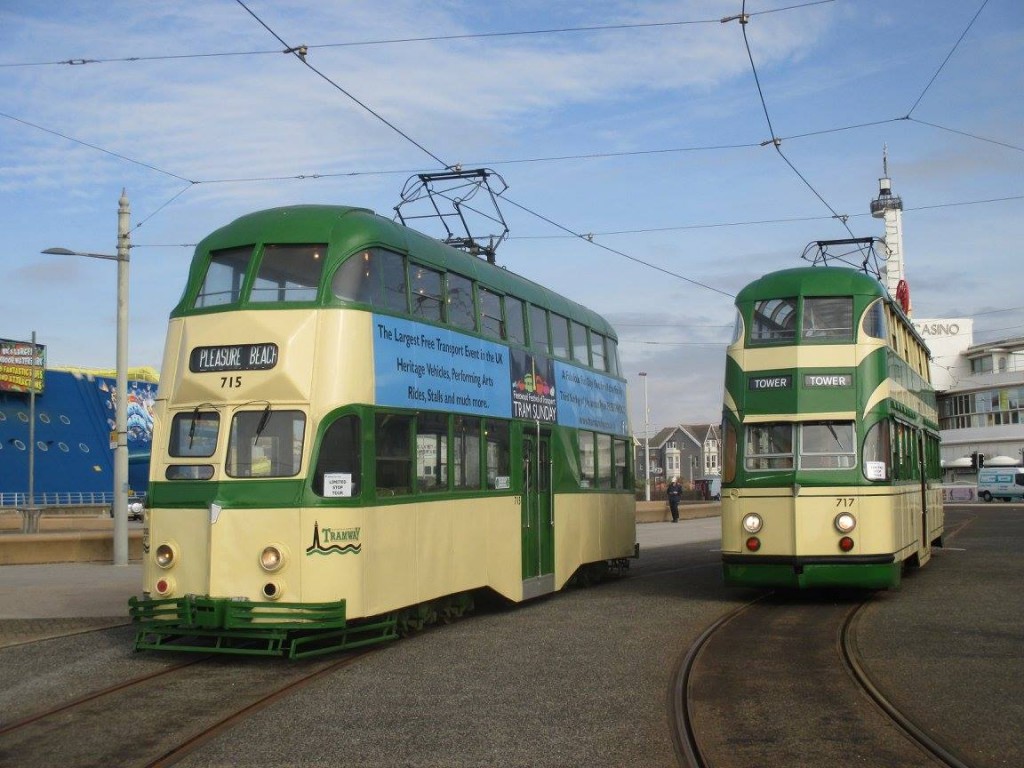 Balloons 715 and 717 meet at Pleasure Beach on a typically bright March day, Friday 6th, whilst employed on the 'blue' heritage service. 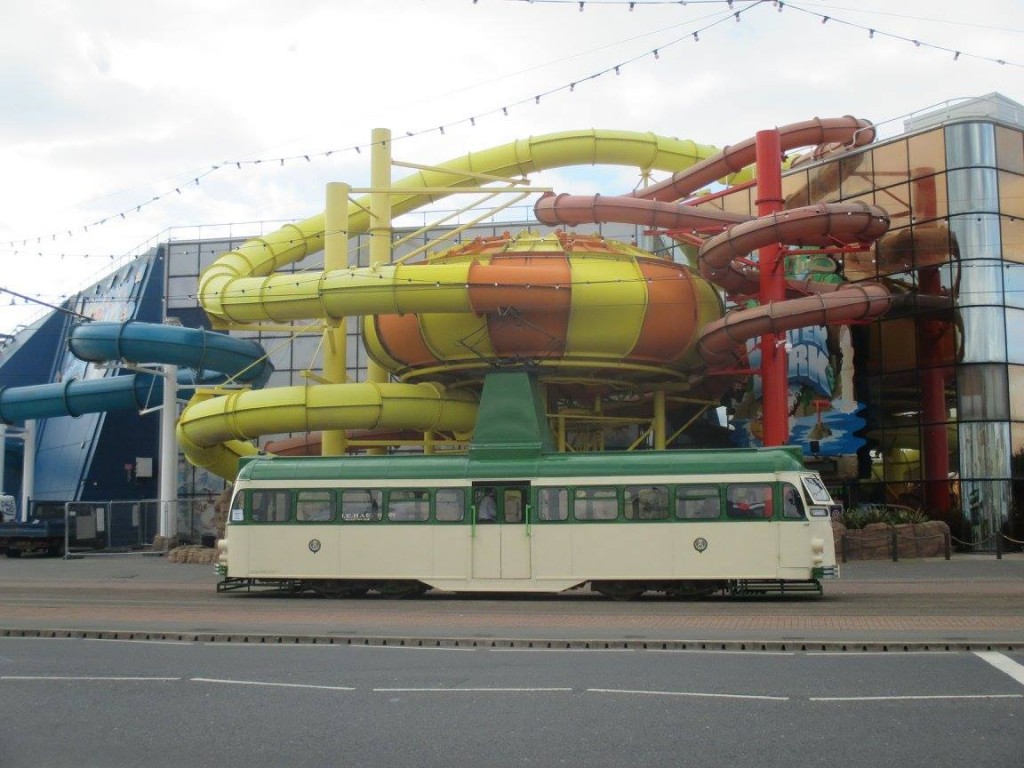 The other heritage car to run during the week was 631, seen here passing the Sandcastle complex on March 10th. (Photos x 2 by Rob Bray)