Last year the Crich Tramway Village won in all three of these categories with Blackpool Pantograph 167 voted “Tramcar of the Year” (following a year which saw it run on three tramways), Electric 50 was named “Event of the Year” and they also walked away with “Tramway of the Year”. In addition Manchester Metrolink 1007 was named inaugural “Light Rail Vehicle of the Year”.

We now turn our attention to 2015 and pass it over to the readers of this website for nominations as we form the shortlist before voting starts next weekend. To nominate you can either leave a comment below, email gareth@britishtramsonline.co.uk or leave a comment on Facebook. When nominating please give a reason for the nomination – the fact it is your favourite is not a reason! Our “expert panel” will then meet to decide which trams, events and tramways will make the final shortlists, with a maximum of five in each category.

So what are we looking for nominations in?

“Tramcar of the Year”

As well as Blackpool Pantograph 167 other winners in the past have included Blackpool Boat 227, Blackpool Brush 623 (twice!), Blackpool Marton VAMBAC 11, Liverpool 762, Blackpool Western Train 733+734, Blackpool Balloon 717, Leeds 345, the Trampower Tram, Blackpool Illuminated Frigate 736, Nottingham Express Transit 203 and Leeds 602. What do all these trams have in common? They all did something special in the previous 12 months!

Please note this category includes all trams whether traditional tramcars or modern light rail vehicles. Last years “Light Rail Vehicle of the Year” category was a one off due to the exciting year we had in 2014 with tramway openings and the start of preservation for modern vehicles.

First starting in 2012 this category has seen three previous winners: Crich, Heaton Park and Blackpool – all of which had a great year in the preceding 12 months and that is exactly what we are looking for with this years nominations!

Nominations are open to both operating tramway systems and museum lines and it is up to you to decide which tramways should be within a chance of walking away with this award in 2015.

Again first voted for in 2012 the three years have seen Crich’s Glasgow 50 event, the rejuvenation of Blackpool’s Heritage Service in 2013 and Crich’s Electric 50 event last year all voted as the best by readers of British Trams Online.

You know the drill by now you can nominate any tram event which has taken place over the 12 months whether that is an event at a heritage tramway or an opening of a line on an operating tramway. It’s up to you! Just let us know what you would like to see on the shortlist.

For full details of last year’s contest and an outline of the history please visit the dedicated Tram of the Year page at http://www.britishtramsonline.co.uk/tramofyear.html (this page will be fully updated ahead of voting). 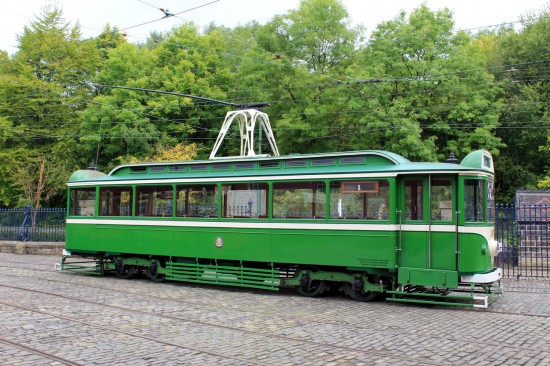 Last year's winner of "Tramcar of the Year" Blackpool Pantograph 167 is seen here at its home tramway Crich Tramway Village on 19th September 2015 in the Depot Yard. (Photograph by Gareth Prior)

37 Responses to British Trams Online Tram of the Year 2015