The new Midland Metro line through Birmingham City Centre has welcomed its most prestigious visitor even before it has opened with Her Majesty the Queen naming Urbos 3 35 Angus Adams at the new Bull Street stop on Thursday 19th November.

With the overhead still not having been fully installed and commissioned 35 had to be towed from St Paul’s to Bull Street by the Unimog with the name – which is held in a similar position to those on Nottingham Express Transit – covered up before the official naming ceremony undertaken by the Queen with Prince Philip by her side.

Angus Adams was the Chairman of Centro before his sudden death in 2012 and was also a key figure in the Birmingham City Centre so his name now being carried on the tram is a fitting tribute to his work.

As well as revealing the name the Queen – who was in Midland Metro magenta! – was invited on board the tram and got to sit in the drivers cab to find out just how it all works.

35 has become the first of the new trams to be named. 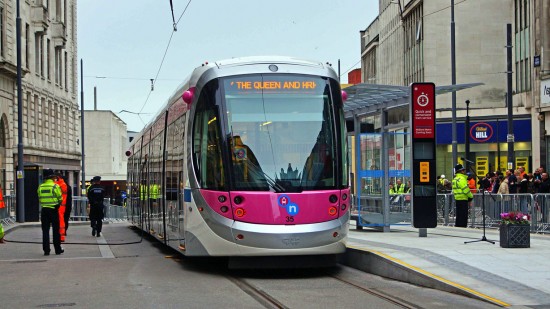 35 waits for the Queen at Bull Street with the name still covered over. 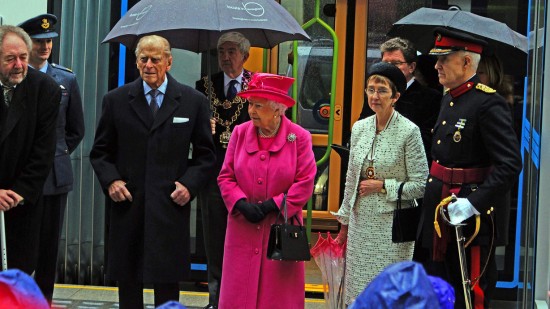 The Queen arrives with Prince Philip and waits patiently for the naming ceremony. 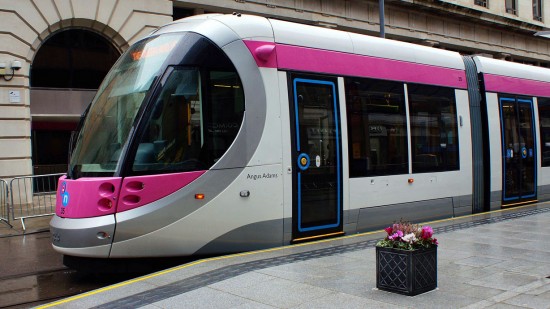 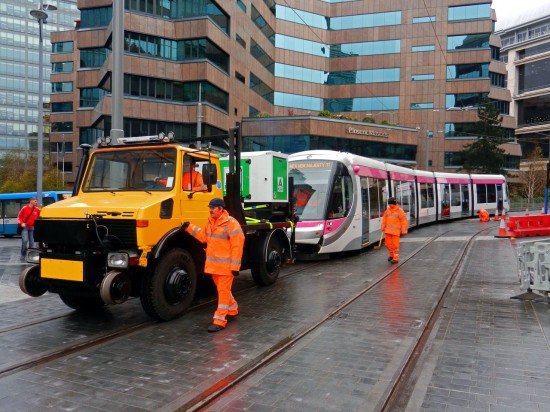 35 makes its way back to St Pauls with help from the Unimog. (All Photographs by Andy Walters - Andy would like to express his thanks to all Centro and Metro staff on the day allowing him access to get these photos)