Llandudno 7 set to make one more appearance in 2015

The Llandudno and Colwyn Bay Electric Railway Society’s replica tram 7 is due to make another appearance in its home town on Saturday 5th December when it will be hauled by the Matador lorry as part of the Annual Christmas Parade through the streets of Llandudno.

The tram makes sporadic appearances around Llandudno and Colwyn Bay during the year and the Christmas Parade will be the last chance to see the tram during 2015.

The Society also still have a limited number of copies of the “Then and Now” booklet which features 50 pairs of photos of the former Llandudno and Colwyn Bay tramway – many of which have never previously been published. Available only directly through the Society (http://swissitalianpaddlesteamers.com/lcbtramsoc/sales.html for the direct link) the booklet costs only £5 plus £1.50 postage. 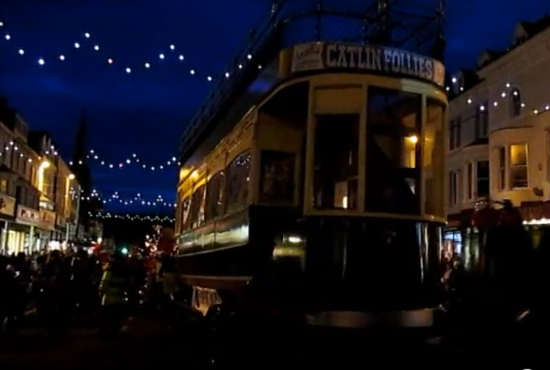