Today the tram to feature as part of our “Picture in Time” series is South Yorkshire Supertram 06 which is seen in the city centre shortly after the system opened in 1994.

Wearing the original drab grey livery 06 is seen at the Castle Square stop running through to Cathedral. A large amount of building work is still ongoing around the tramstop and the area doesn’t seem to be exactly thronging with potential passengers with Supertram seemingly taking some time to actually build up passenger numbers. There were 25 powerful trams built by Deuwag in Germany for use on Supertram and all of these remain in use today. 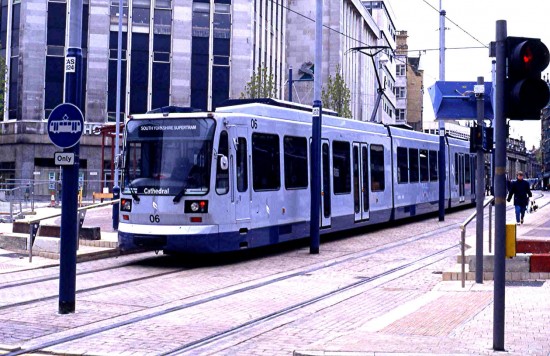