On Guernsey in the Channel Islands there is a rare survivor of the Guernsey Railway (which despite its name was a tramway) – a Milne’s 1896 4 wheel open top vehicle which had run on the system until it closed in 1934. Up until 1990 a group of enthusiasts on the island had been restoring the tram but since then no work has been undertaken. It was donated to the Guernsey Museum at this time but the enthusiasts who led the project are now seeking a new mainland home for the tram in an effort to see it restored back to its former glory.

The Guernsey Railway operated between 1879 and 1934 using both steam and overhead electric traction with no. 3 being built in 1896 and converted to electric operation in 1901. No. 3 is a 4 wheel open top vehicle and a great deal of work had been undertaken on the tram with work to repair and renew both driving ends, staircases and glazing, making it wind and watertight. In 1980 it was mounted on a self powered trailer and took part in a cavalcade round the island.

Donated to Guernsey Museum in 1990 not one hour of work has been carried out on it since and the group who were involved are now keen for restoration to be concluded and would be willing for it to be transported to the UK mainland. Although it is not unique in layout both staircases face the same side. Any interested groups – particularly on the South Coast – are asked to express their interest, you can contact British Trams Online and we will pass your details on. Transport can be arranged between Guernsey and Portsmouth.

* In 2004 British Trams Online featured an article on plans for a heritage tramway in Guernsey which would have included no. 3. You can read this article at http://www.britishtramsonline.co.uk/guernsey.html. 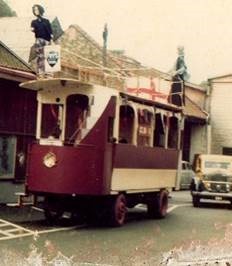 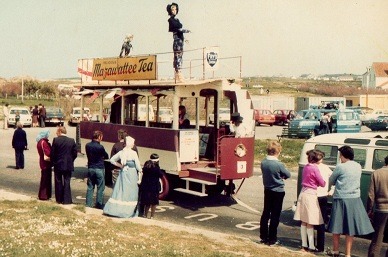 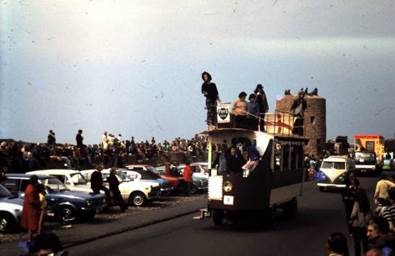 Three images show no. 3 in the 1980s when it was transported around Guernsey. (All Photographs courtesy of Roy Perry)