For the first time in a while daytime testing has not been extended in the past week (mainly because it is already running on both lines in their entirety!) and trams are starting to become a more regular occurrence to both the Toton Park and Ride site and Clifton South termini. There is still some work to be completed before consideration can be given to starting public services and over the next few weeks there is due to be some remedial works which will lead to temporary road closures. Photos of the latest testing are provided by Bob Gell. 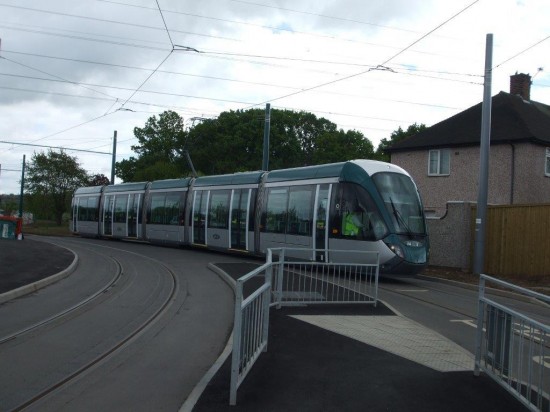 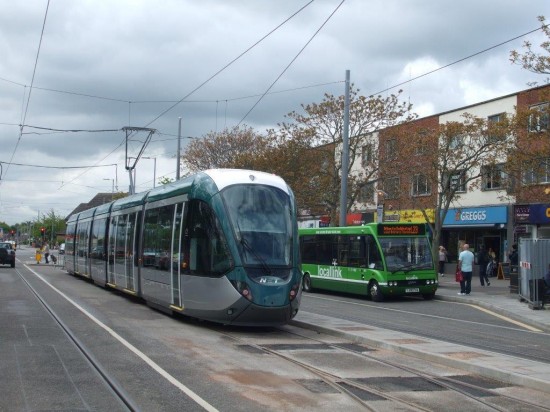 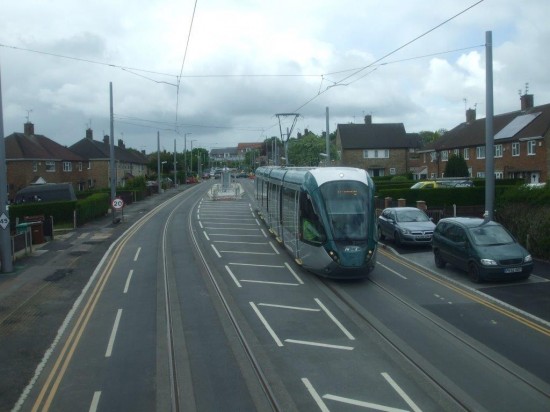 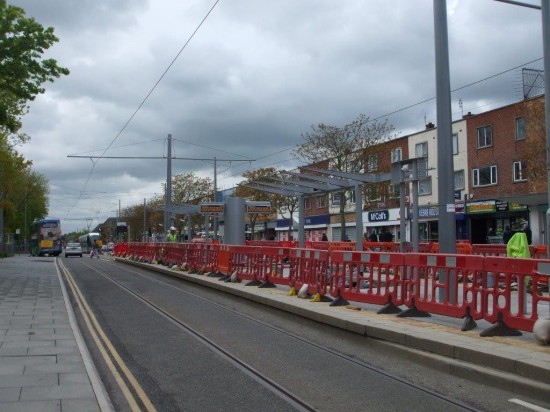 Work is still needed to complete the tramstop at Southchurch Drive. (All Photographs taken by Bob Gell)

2 Responses to In Pictures: Testing continues on NET Phase Two