After publishing some really old pictures recently, today’s archive pictures feature a scene that many readers of this site will be very familiar with – that of a classic Blackpool tramcar at the Fleetwood Ferry terminus, preparing to depart with another service run to Starr Gate. The tram pictured is Ex-Towing Railcoach 679 – a tram which is currently stored at Rigby Road awaiting attention in the workshops to restore it to an operational condition.

679 was one of three English Electric Railcoaches which were rebuilt with flat ends as part of the Progress Twin Car programme, but which were never permanently coupled to their trailers and subsequently spent most of their lives running solo. For 679, this would last up to November 2004 when it was withdrawn, although it did emerge onto the main line once more in 2008 for a special farewell tour before entering preservation. These pictures, dating from the early 2000s, show 679 in a rather strange-looking version of the 1990s fleet livery which it received in 1999, featuring matt black window surrounds but no green skirt. In later years this was spoilt by the fitting of a replacement pantograph tower painted grey. In 2004 the tram was painted in 1980s style green and cream livery but as mentioned above, its unexpected withdrawal at the end of the season meant that this did not gain much exposure.

After being sold to the Lancastrian Transport Trust, 679 was supposed to be restored in its original guise with pointed ends for the tramway 125th anniversary celebrations in 2010 but, as with so many LTT projects, this remains incomplete some five years after the target deadline passed! However, as the tram is now part of the Blackpool Heritage Trust collection, one day it will take its rightful place on the promenade again as Railcoach 279 which will look very different from the tram we know and love. 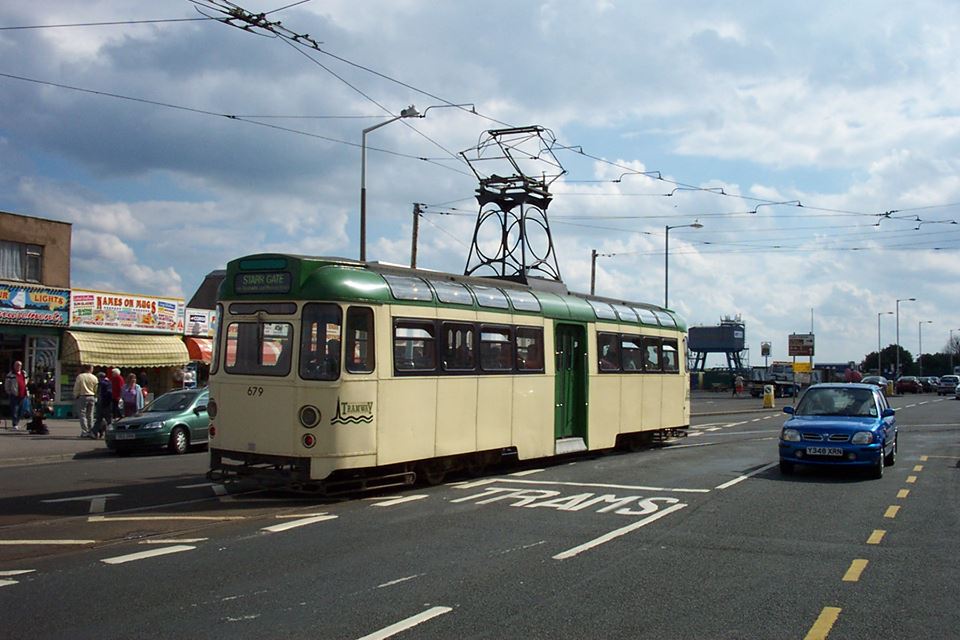 A first look at 679 loading passengers at the old Fleetwood Ferry stop on the Esplanade itself, where passengers boarded trams in the middle of the road - a practice which incredibly lasted until November 2009. 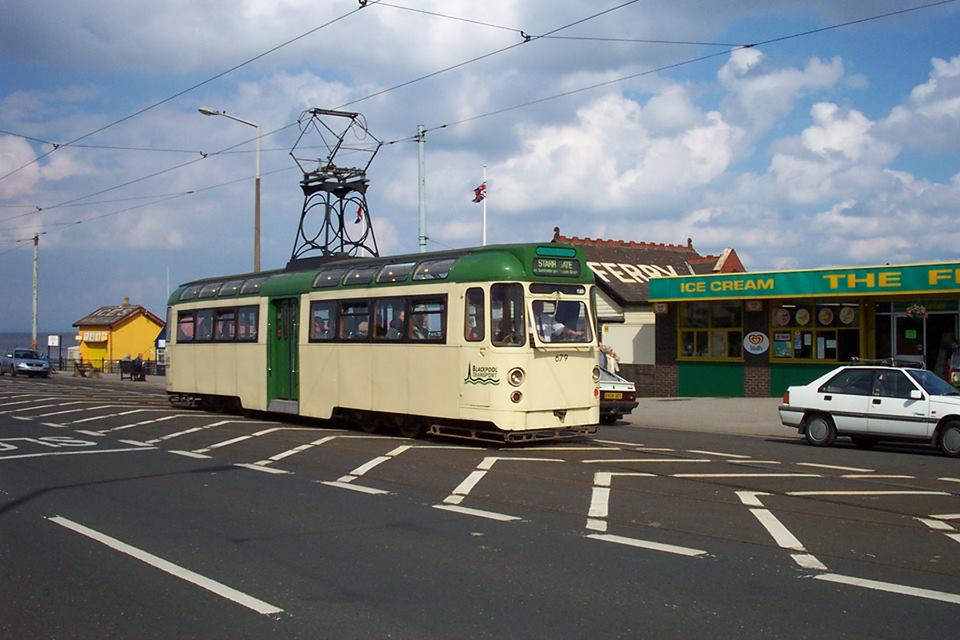 A sunny view of 679 as it prepares for the southbound run back to Blackpool. (Photos x 2 by John Hewitt)